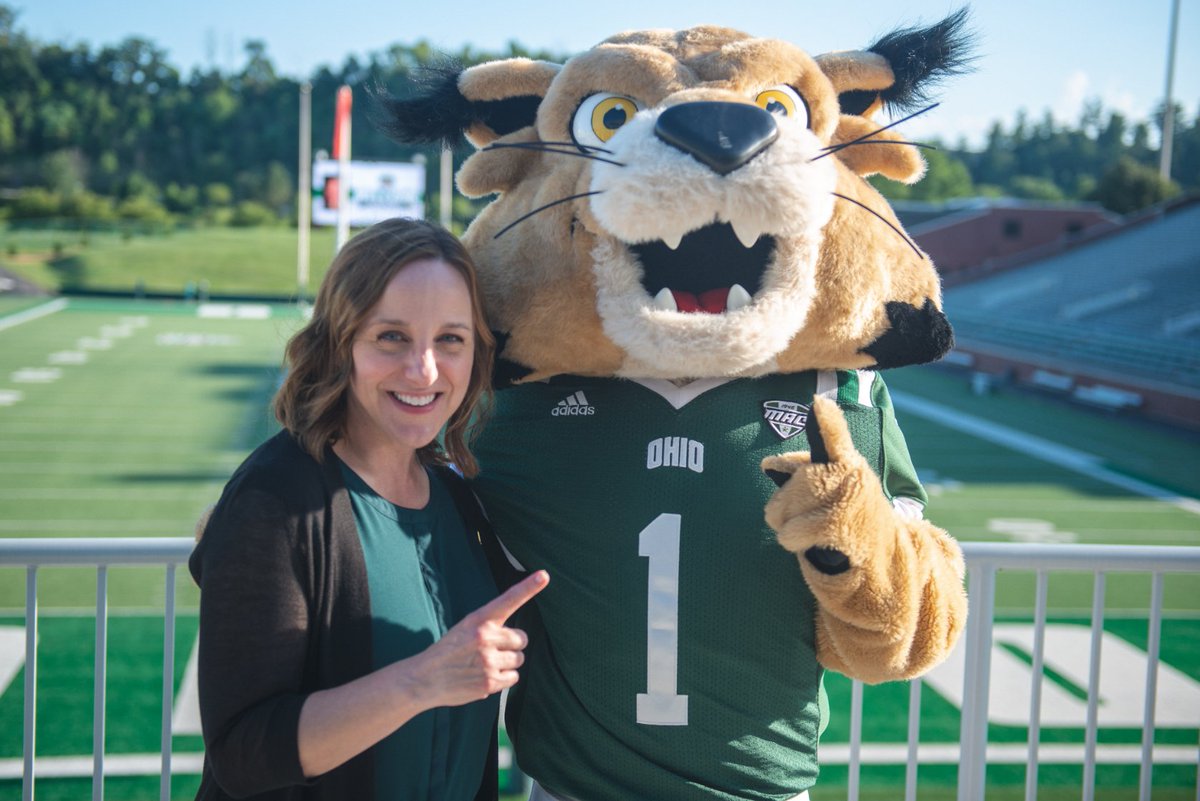 Photo: Ohio University
Ohio University Athletic Director Julie Cromer joined the Higher Ed Athletics podcast for a wide-ranging conversation. Smith and Cromer start by going inside the head of an AD planning for sports in the fall and doing so within the framework of the overall institution’s plan. She reflects on her first year in the AD Chair in Athens, OH and how the initial 100 day plan quickly shifted into leading through a pandemic. Cromer expands on how the experiences early in her career at the NCAA National Office working on major academic reform has helped shape her focus on evidence-based decision making as a leader at Indiana, Arkansas and now Ohio. Cromer ends the conversation with advice for aspiring athletic directors as they navigate the landscape of college athletics after COVID-19.
0:48 – What is the communication style and frequency like between athletic directors and the conference office like for the MAC during this whole COVID response?
3:43 – With the Big Ten switching to a conference-only football schedule, some MAC schools will lose a considerably important game financially. Ohio didn’t have a Big Ten game scheduled this year anyways. Did that sort of give your budget balancing a sense of relief?
5:32 – What kind of approaches can athletic departments take right now to make budget cuts or reduce spending when things are so incredibly unpredictable? Are there multiple projections being run with varying scenarios?
8:57 – You’re approaching your one year anniversary since being announced the AD at Ohio. Looking back on such a strange academic year, what was your initial plan coming into the job and did you then have to quickly change your approach in March?
15:42 – What did you learn from experiences at Indiana and Arkansas that were transferable to the AD job at Ohio University?
21:03 – You spent the first decade of your college athletics career at the NCAA in Academic and Membership Affairs working on major academic reform. What was that experience like working inside AMA during such a critical trajectory change in academic policy for the NCAA?
26:22 – How, if at all, has your Masters in Policy Analysis helped you in your career?
28:13 – What type of advice would you give someone that’s an aspiring athletic director when it comes to a particular in-demand skill set or certain pathway in a post-COVID college athletics landscape?
34:18 – Who are some mentors that you credit with helping instill confidence and ability to get to this point in your career?

Jeff Van Gundy, TV analyst and former NBA head Coach, talks about the leadership lessons he learned from different players and coaches during his coaching career. He addresses the intricacies of working in the NBA and the dynamics between players, coaches, administration, etc. Coach Van Gundy talks in depth about the leadership style of Pat Riley and the impact it had on his career.

In this episode of From the Chair, host Mike Hamilton speaks with Joe Hamilton, Director of Athletics at Colorado State University. Hamilton talks about the benefit of having a new on-campus stadium. CSU decided to build on-campus as opposed to renovating the existing stadium which was located four miles off-campus. Hamilton discusses how this decision and execution has brought a new energy on campus. The conversation also touches on his leadership influences, the importance of detaching every once in while, and who he follows on Twitter.

Jeff Van Gundy, TV analyst and former NBA head Coach, talks about the leadership lessons he learned from different players and coaches during his coaching career. He addresses the intricacies of working in the NBA and the dynamics between players, coaches, administration, etc. Coach Van Gundy talks in depth about the leadership style of Pat Riley and the impact it had on his career.