In Part I of this review of the College Athletes Bill of Rights, we highlighted the bill’s plan for mapping out the future landscape for permissive student-athlete NIL transactions. This bill goes much further than NIL transactions though.

In this week’s installment, we look at the bill’s intent to prevent recruiting tampering with other schools’ student-athletes, reaffirm student-athletes’ freedom of speech, and the case for industry-changing revenue sharing. 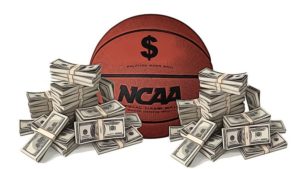 Is tampering within the transfer environment addressed in the bill?

Yes, the bill attempts, in a cursory way, to restrict tampering and inducement within the transfer marketplace, which may only increase with the advent of NIL. Specifically, the bill calls for restricting NCAA member schools from offering or providing to a college athlete any compensation or benefit (other than grant-in-aid) that is conditioned on the college athlete transferring to a particular institution or intended to induce the college athlete to transfer to a particular institution.

Interestingly, this section addressing transfers also specifies that schools should be allowed to reimburse student-athletes for expenses relating to campus tours or visits. Reimbursing athletes (including prospective transfers) for making a campus recruiting visit already is permissible under NCAA official visit rules making this provision duplicative to current rules.

Does this bill have any teeth in terms of penalties for schools who tamper with student-athletes on other rosters or for undercutting student-athletes’ NIL opportunities?

At the institutional level, a school that, for example, interferes with a college athlete’s ability to secure an NIL transaction or otherwise conflicts with the rights protections spelled out in the bill, could face penalties that include the amount equal to 15% of the total athletic revenue generated by the institution in the preceding academic year; or a fine of $200,000.

Does the bill delve into student-athletes’ freedom of speech?

Yes. The bill holds that NCAA member schools, conferences, and the NCAA may not impose on college athletes restrictions on speech that are more stringent than restrictions on speech imposed on students enrolled at the institution who are not college athletes. As a matter of course, universities should be treating all of their students including student-athletes similarly when it comes to freedom of speech rights. The debate and controversy around, for example, student-athletes kneeling during the national anthem comes to mind in relation to this provision.

Where this provision in the bill could also roost is whether an athletics department student-athlete code of conduct or, more acutely, team rules, delve into regulating a student-athlete’s speech, especially on social media platforms. 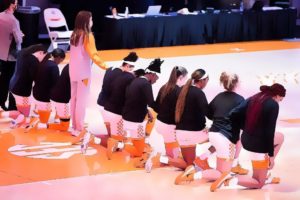 Could the bill neutralize coaches’ and athletics departments’ abilities to regulate and govern the conduct of student-athletes under their watch?

Yes. The bill states that an NCAA member school, conference, and NCAA national office may not levy against a college athlete any fine or other punishment that does not apply equally to other students enrolled in the institution. This particular clause will raise many questions on feasibility and practicality.

For one, non-athlete students may be subject to particular rules that the rest of the student body are not. For example, a student government representative may have particular officer obligations that the rest of the student body does not. A music student may have performance requirements stemming from his or her music discipline or degree that do not apply to other students. In that same way, student-athletes may have conduct requirements such as arriving on time for practices or wearing particular apparel during team activities — rules that other non-athlete students would have no reason to fulfill.

Not many federal bills have sought to include revenue sharing, but this one does. How is the bill trying to carve out revenue sharing? How is profit defined for purposes of splitting revenues?

The bill does venture into a formula by which college athletes would be receiving a 50-50 split of revenue, post-expenses with programs that trigger the bill’s revenue-sharing mandate. The bill posits that the only expenses that could be reduced from the revenue total are the scholarships for the involved student-athletes.

Process-wise, the bill calls for, on an annual basis after one year from enactment, the NCAA national office to be responsible for distributing commercial sports revenue royalties to eligible college athletes that participate in the division or subdivision of the covered sports team. A student-athlete’s university would be required to transfer to the NCAA 50% of commercial sports NIL revenue minus the amount of grant-in-aid the school awards to eligible college athletes regardless of whether the institution awards athletics scholarships or not (Ivy League, for example). If the amount of scholarship money that the NCAA institution awards to eligible college athletes that participate on the covered sports team is more than 50% of the commercial sports NIL revenue generated by the covered sports team, the institution shall transfer a percentage of such commercial sports NIL revenue determined by the Commission after calculating average contributions made by institutions of a similar size.

Further, NCAA member schools would be required to submit each year a list of the eligible college athletes that participate on the covered sports team.

This portion of the bill will face significant scrutiny on how the revenue-sharing formula actually works within the modern financial landscape of college athletics licensing, media and marketing rights, and other revenue that could be plausibly tied to student-athlete NIL. There’s a lot of unknowns that need to be identified and then unpacked that go beyond the baseline formula spelled out in the bill.

How would student-athletes be paid from this revenue sharing model?

Not later than the first August 15 occurring after the date that is one year after the date of enactment of this bill, and annually thereafter, the NCAA would distribute the money to every eligible college athlete that participates in the division or subdivision in which the covered sports team participates based on the total commercial sports NIL revenue divided by number of eligible athletes for that year.

The NCAA could distribute these royalty shares either directly to the athletes or, upon the request of the eligible college athlete, through the licensing group of the eligible college athlete. The NCAA member schools would also have to disclose annually their commercial sports NIL revenue generated and whether it has one or more covered sports teams and the amount of royalties distributed to each eligible athlete on a covered sports team. The NCAA national office would also have to disclose its commercial sports NIL revenue and the amount it distributed to eligible athletes.

The revenue sharing concept will likely draw the most contentious debate and pushback from NCAA national office and its member schools and conferences that, in part, are championing the collegiate model that includes broad-based sport sponsorship. The collegiate model would also not mirror a pro sports league that shares revenue with a unionized group of athletes. It could be said that revenue sharing is already happening under the collegiate model — that is, to support a wide-array of non-revenue, Olympic sports as part of the operational philosophies of each NCAA division.