In light of equity concerns surrounding the men’s and women’s NCAA championships, as well as NCAA President Mark Emmert’s recent vote of confidence from the Board of Governors and subsequent new contract, AthleticDirectorU and Athlete Viewpoint surveyed Division I athletic directors and commissioners on a number of topics. The results of the survey and comments from leadership can be found below. 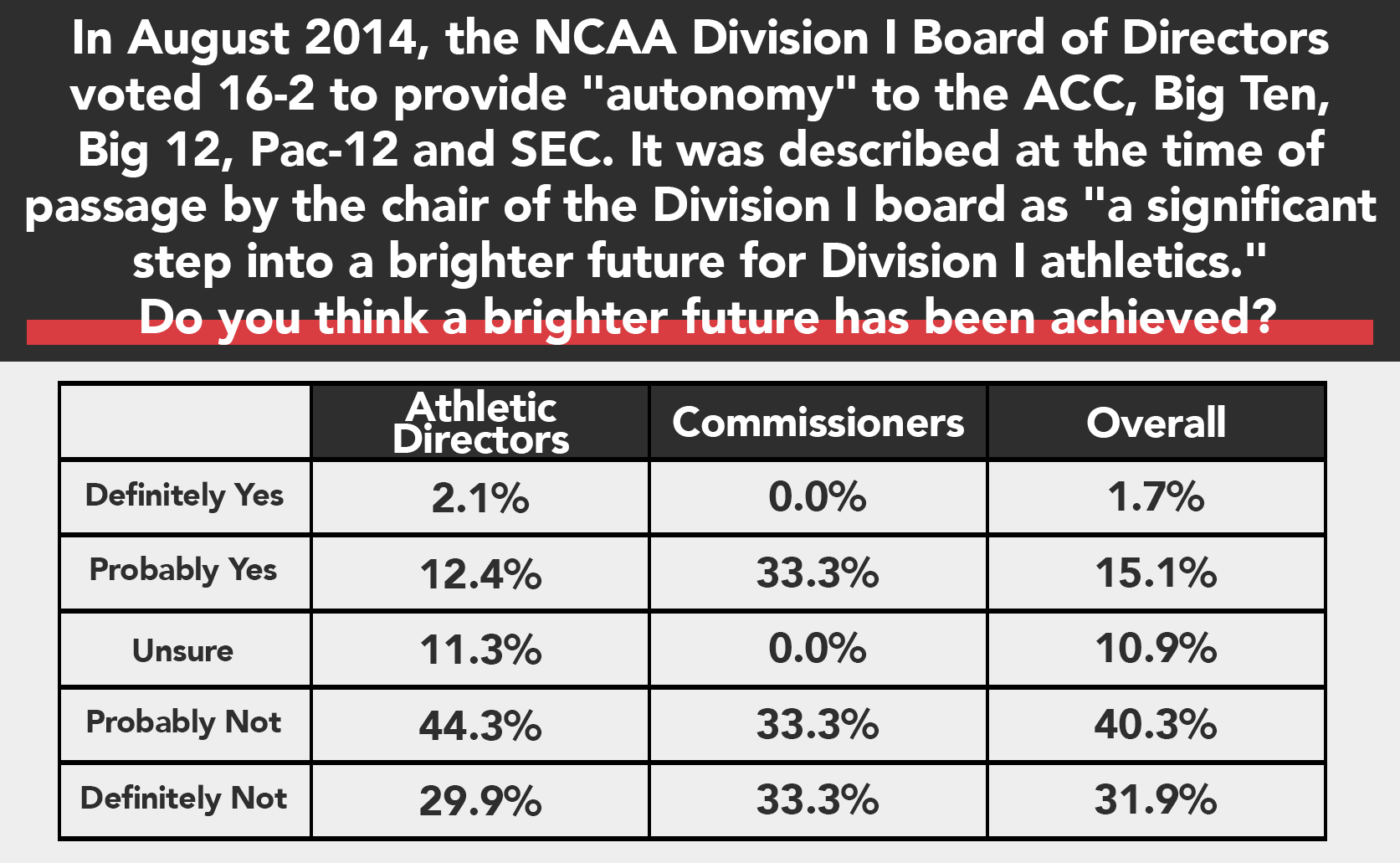 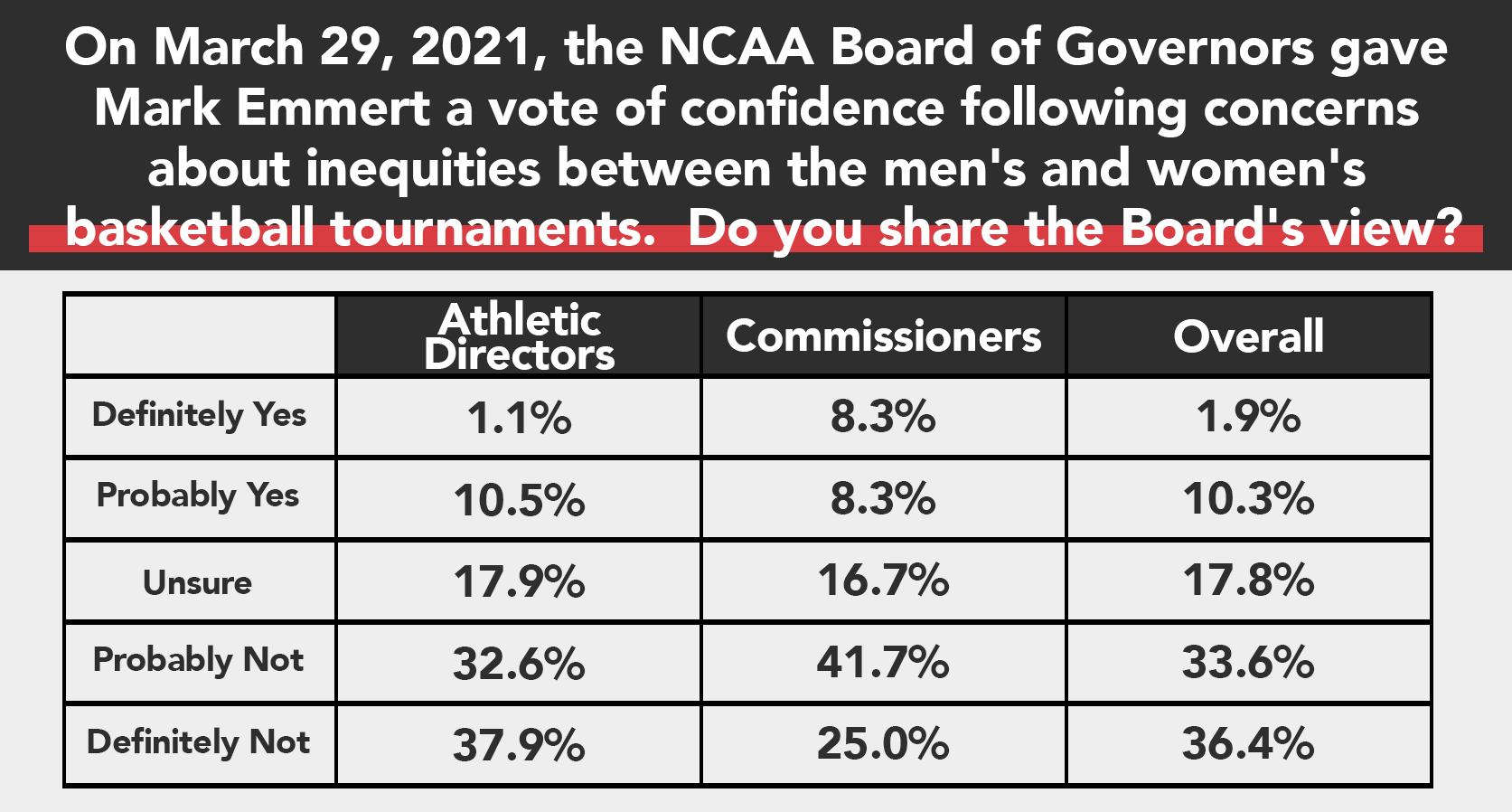 When asked about the most important step the NCAA can take, these are the most mentioned phrases. 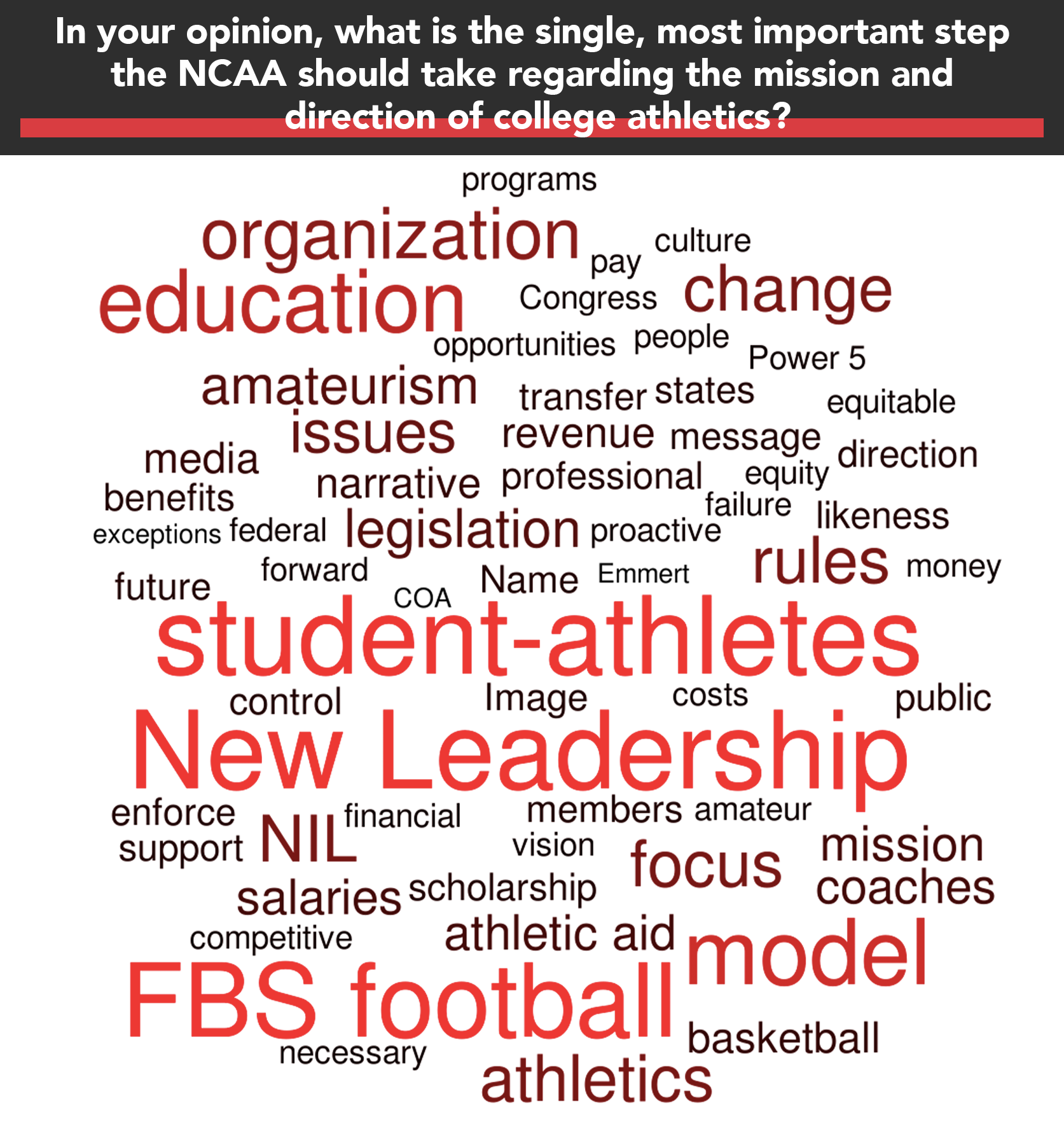 Finally, we asked leaders about their opinions on the state of the NCAA, in various areas, compared to where the association was five years ago. 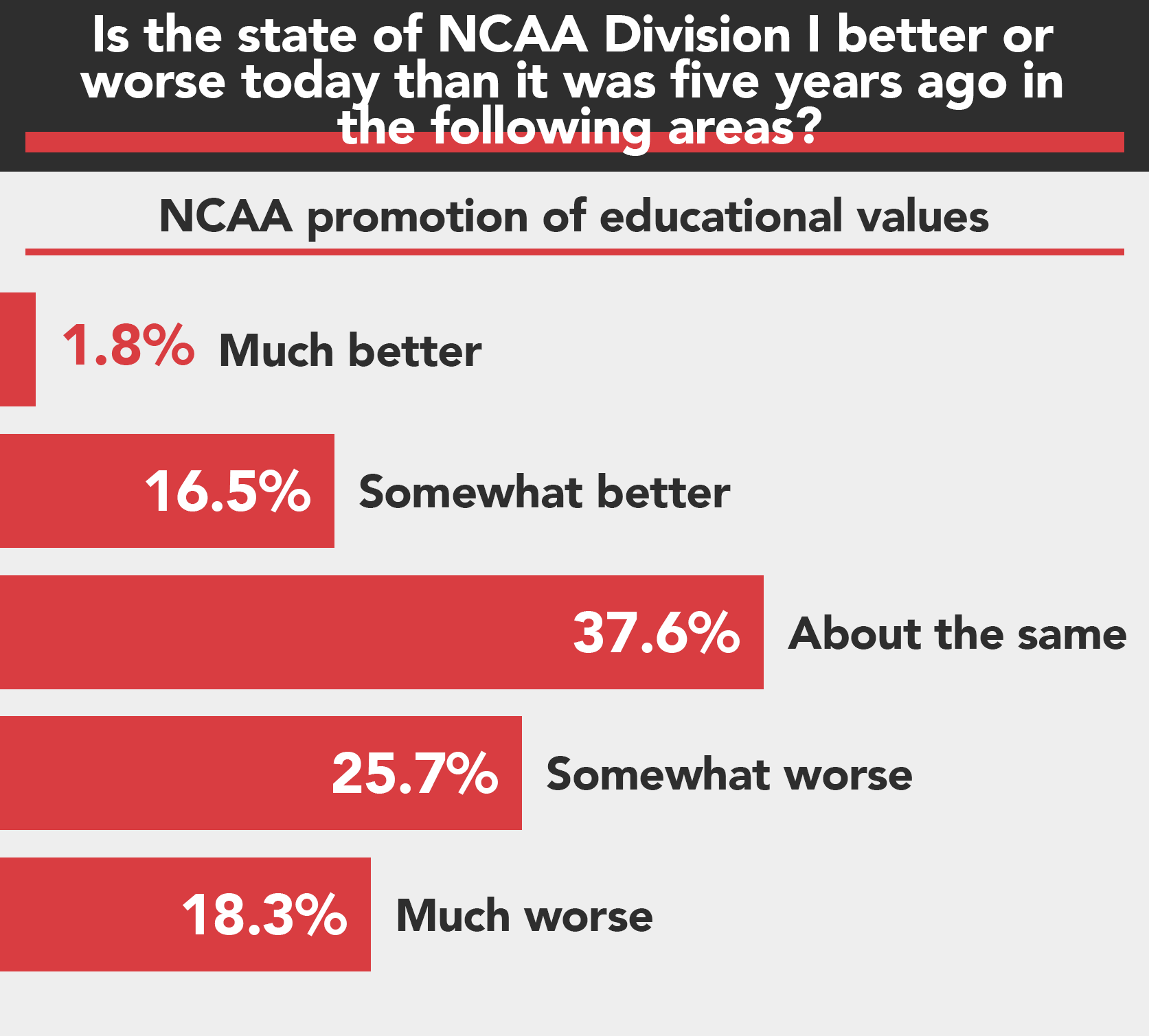 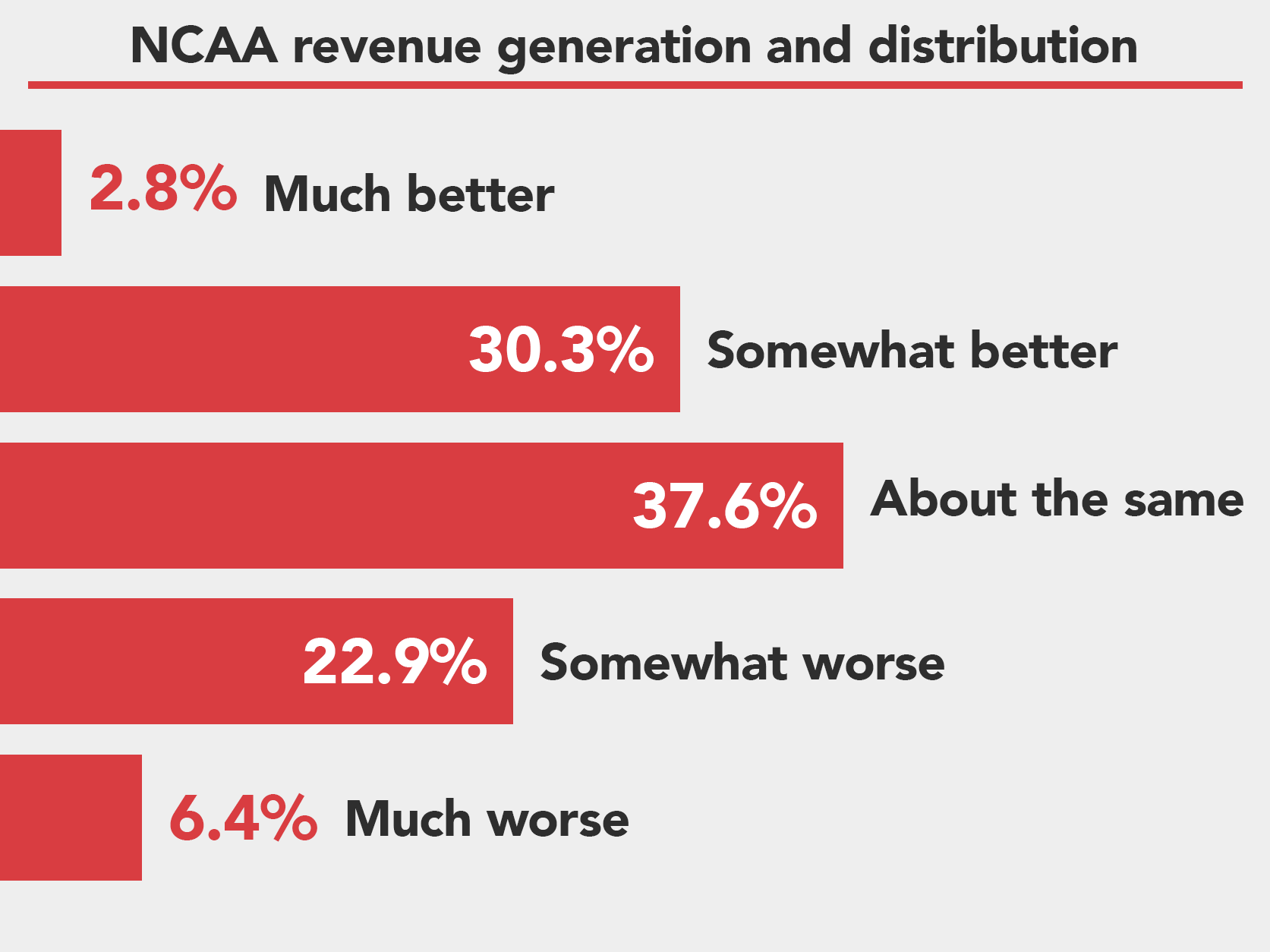 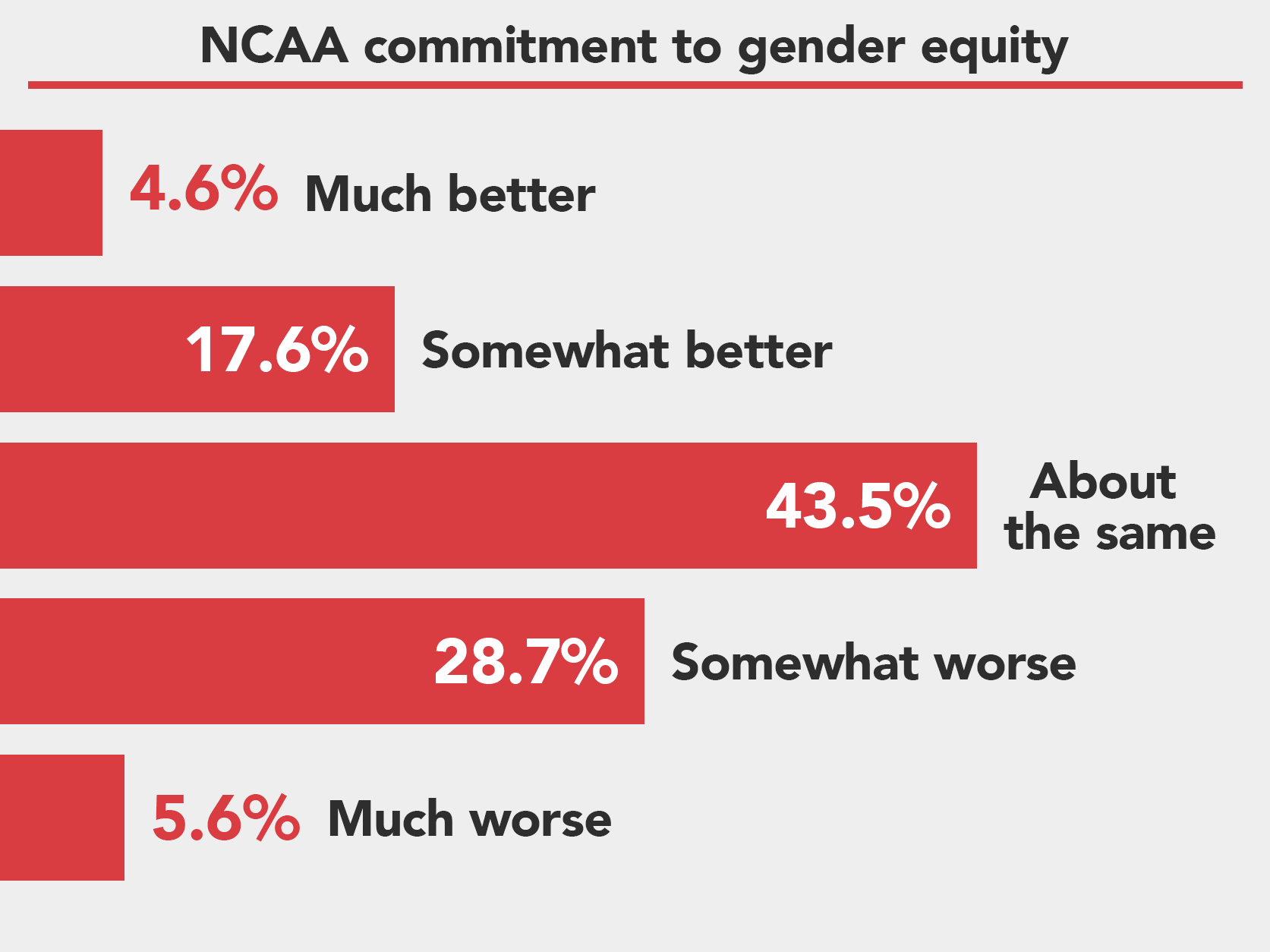 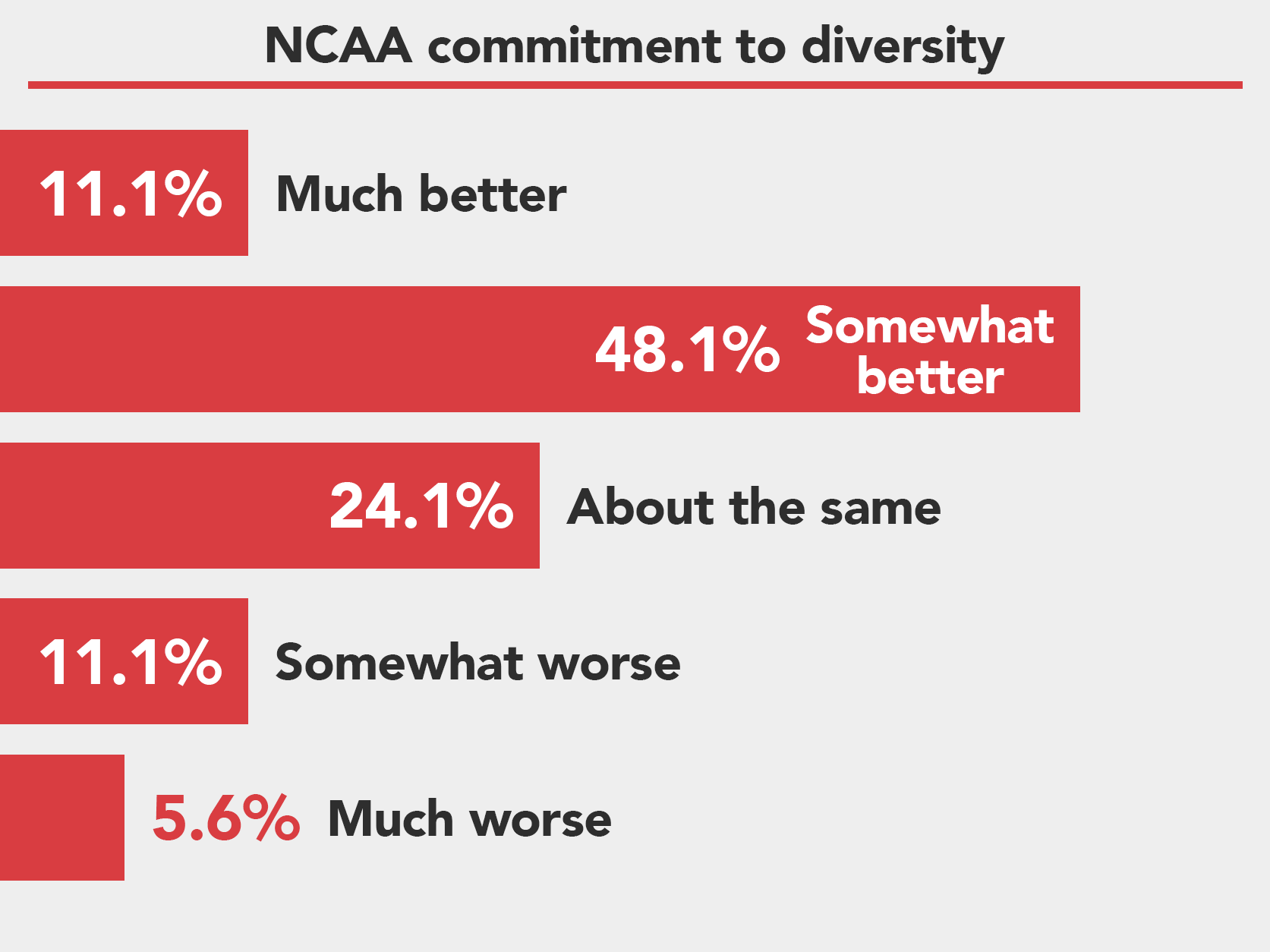 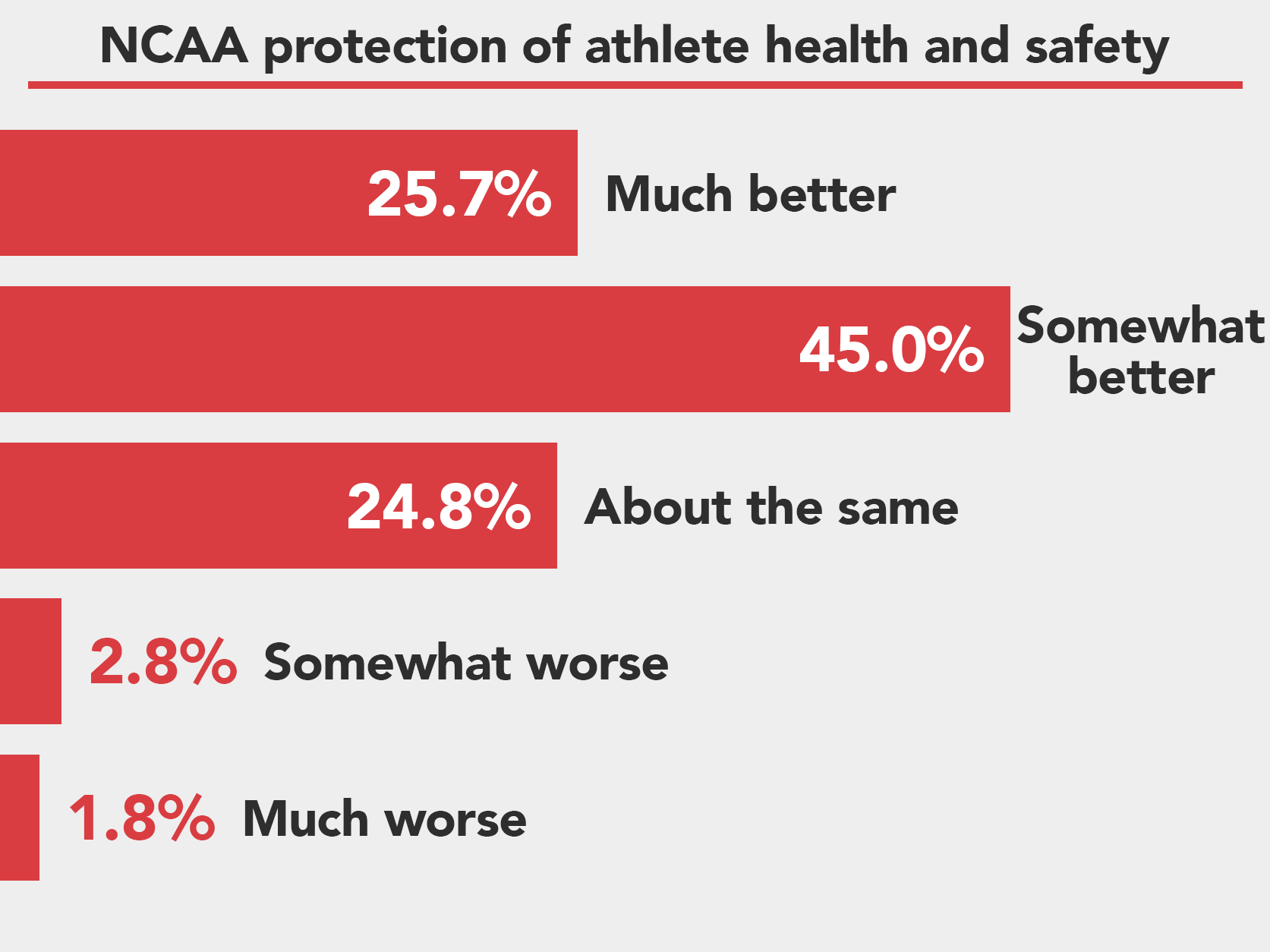 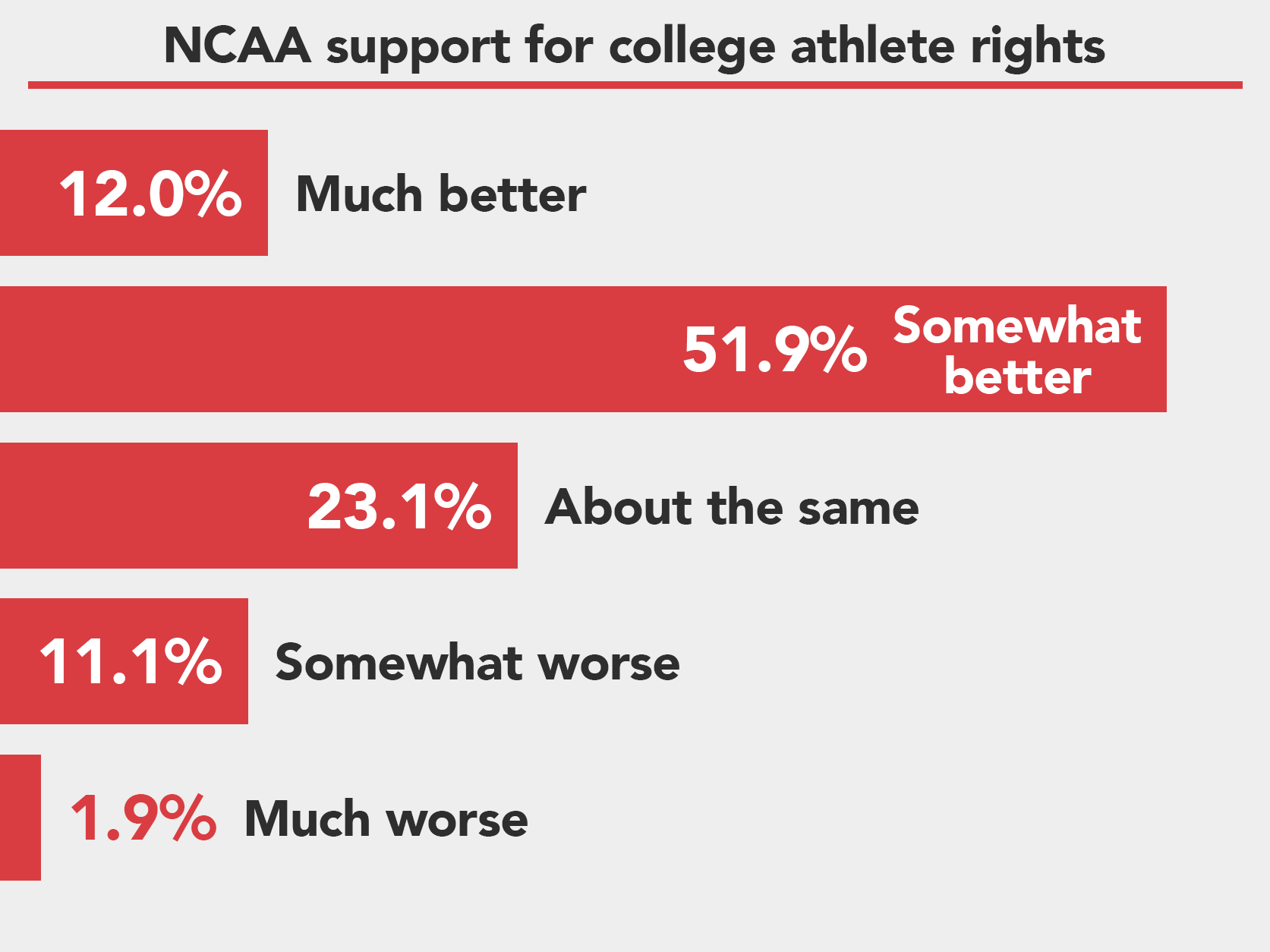 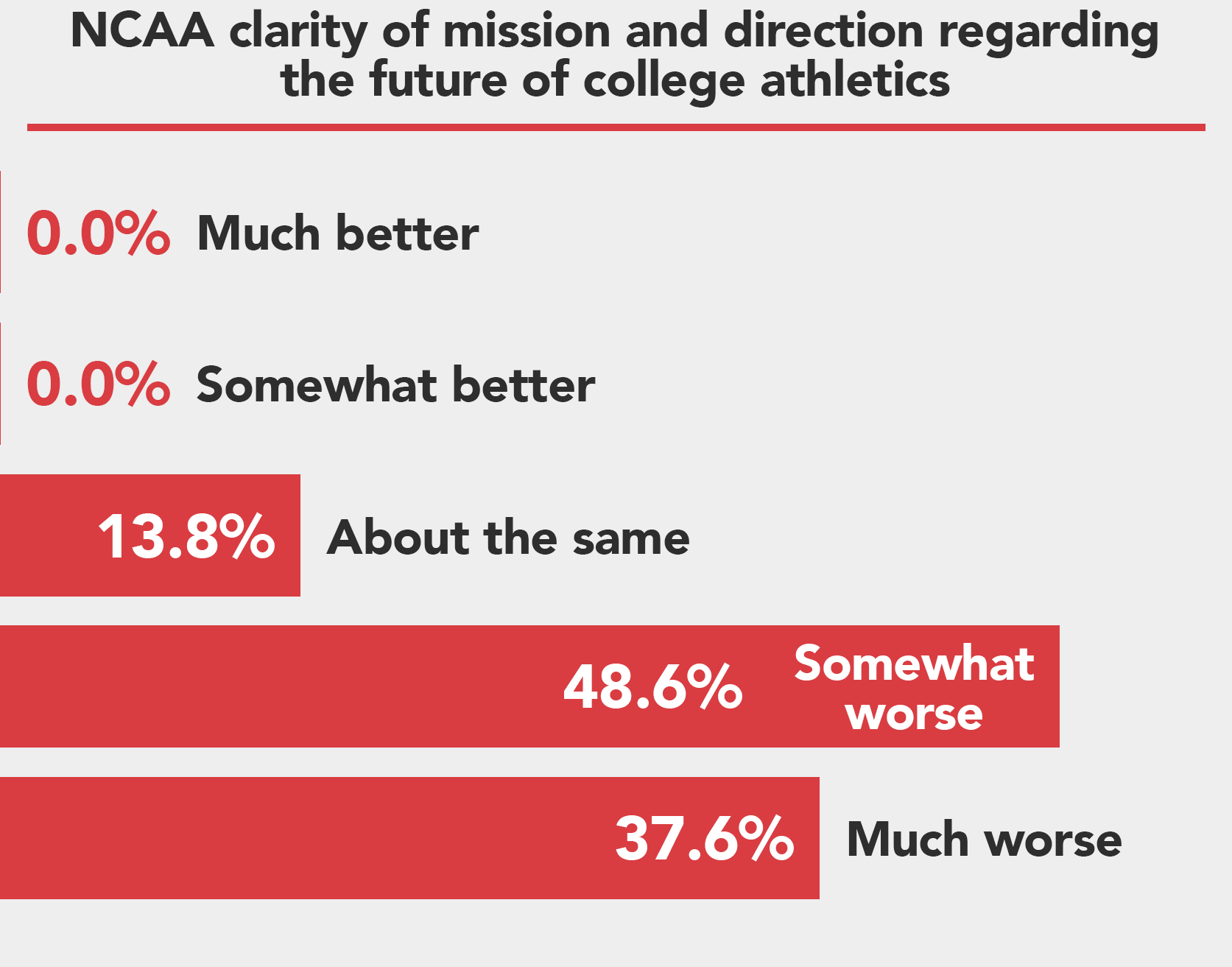 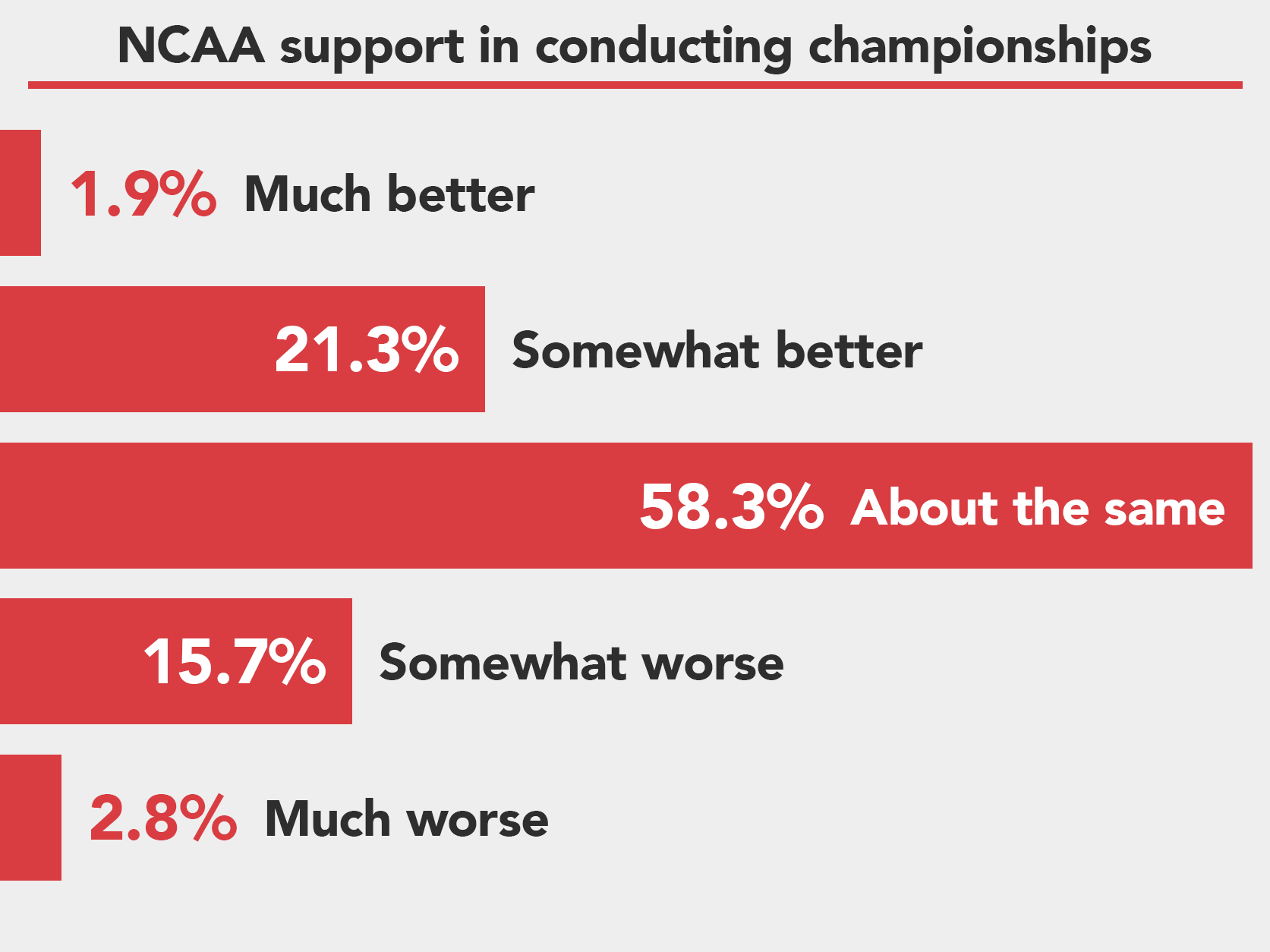