As the spring progresses, many familiar (and some unfamiliar) underclassmen will enter their names into the 2018 NBA Draft class. College basketball has long been impacted by NBA hopefuls, especially in today’s so-called “one-and-done era,” leaving early for the NBA Draft. This article takes a deep dive into the recent history of NBA Draft declarations and its trends over the past eight seasons.

Prior to 2016, players that declared for the NBA Draft automatically forfeited their collegiate eligibility and could not return to school, regardless of whether they were selected in the draft. In March of 2015, a new rule was proposed by the National Association of Basketball Coaches (NABC) and later passed that allowed players to declare for the draft and return to school as long as the player did not sign with an agent.

The most notable question figures to ask how often declared players are selected in their respective draft classes. The 2016 NBA Draft had the lowest percentage of underclassmen declarations selected in at least six years. Between 2011 and 2015, under previous eligibility rules, 68.6% of declared underclassmen were drafted, but only 55.8% and 60.7% of declared players were drafted in 2016 and 2017. 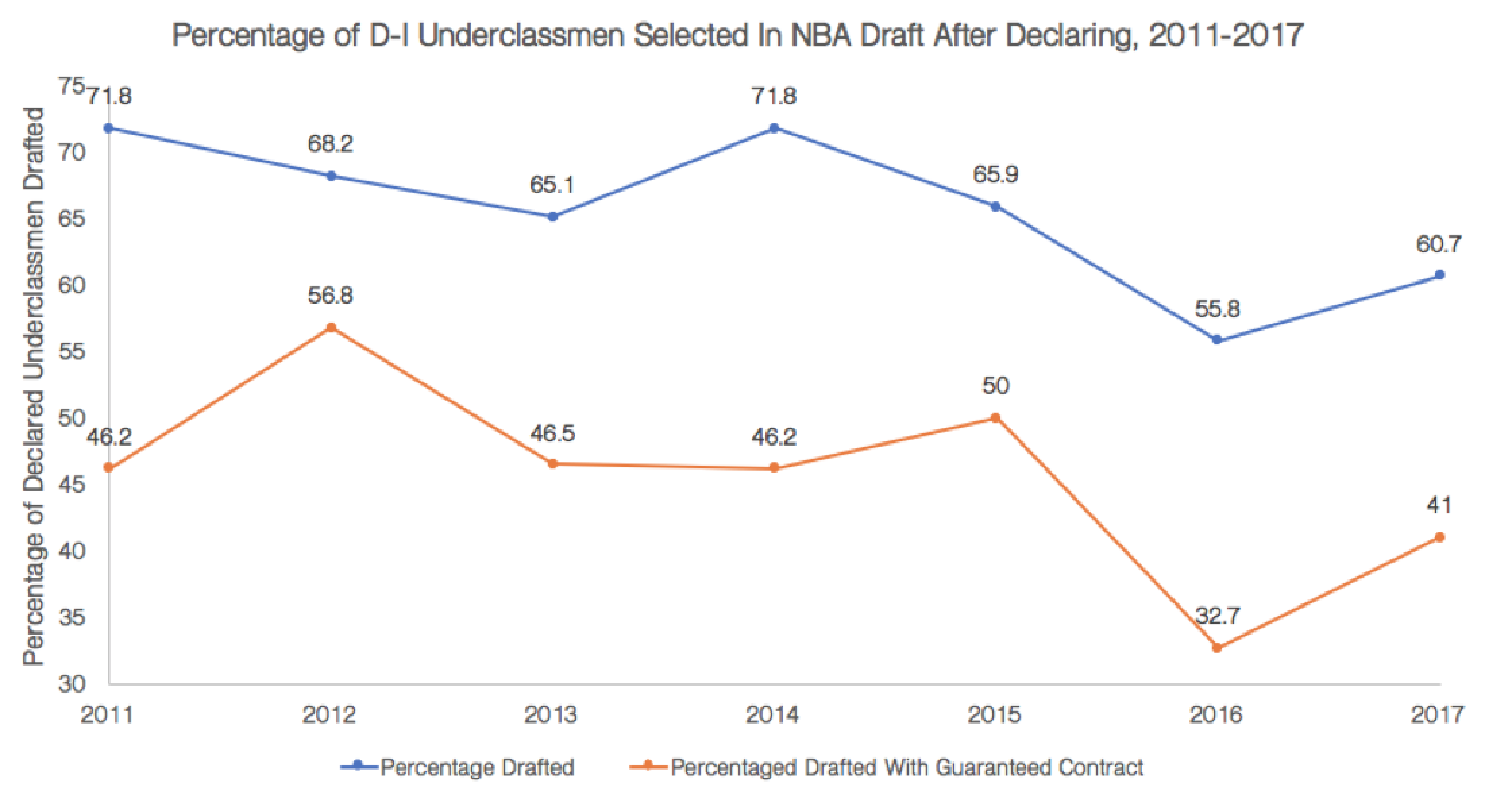 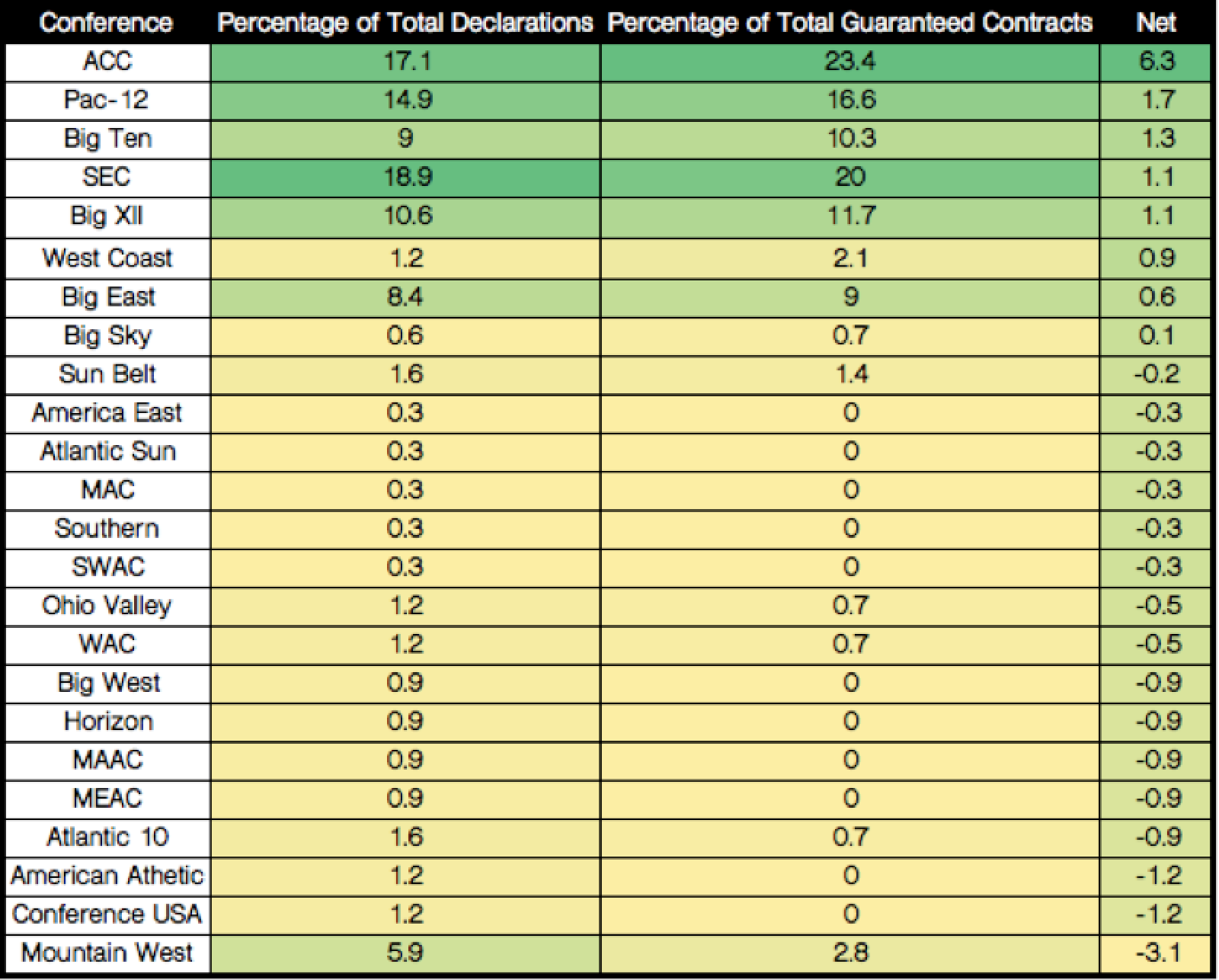 The ACC, which compiled 17.1% of total underclassmen draft declarations the past seven years, made up nearly a quarter of the total guaranteed contracts (23.4%) in the same span. The conference has had at least three first-round draft selections in each of the past seven years, including 2017’s outburst, which accounted for a whopping 10 of the draft’s 30 first round picks. With a net difference of 6.3%, the ACC has thoroughly dominated the other conferences when it comes to boasting high draft picks. Other major conferences, such as the SEC (1.1%), Big XII (1.1%) and Big East (0.6%) lag further behind.

There is a noticeable divide in the number of seasons players spend in college depending on conference affiliation. The graph below shows the average number of years players have spent in college before declaring early for the draft based on whether the player was from a high-major or mid- or low-major conference.

Recruiting, understandably, has a substantial impact on NBA hopefuls as well. The table below shows the frequency of draft declarations based on the player’s recruiting rating and number of years of collegiate experience. Recruiting ratings are courtesy of 24/7 Sports.

Our findings generally support the notions and assumptions that have been set forth in prior years. These include elite recruits declaring much earlier than two- or three-star recruits, players from high-major conferences spending fewer years in college, and a smaller share of early entrants being selected since the change in eligibility rules back in 2016. Based on the number of draft declarations since the end of this year’s regular season, we can expect a record number of early entrants for the third consecutive season. A rule designed to help improve student athlete’s decisions appears to have assisted NBA front offices more than anyone else.