We reviewed all forms of compensation for the athletics directors at member institutions in the Autonomy 5 Conferences. We analyzed these employment agreements and related documents (the, “Contracts”), which were obtained in partnership with USAToday, and created a sortable database of primary compensation (click here to view the FBS Athletic Director Database, the “Database”).

Unlike the market for college coaches, there is not a traditional hiring period for college athletic directors. Consequently, the awarding, termination and administration of their Contracts, including adjustments to the duration and compensation prescribed by those Contracts, occurs throughout the calendar year.  Thus, total compensation for college athletic directors is typically more difficult to normalize at any given time relative to compensation for college coaches. An independent methodology (described in the Database) was consistently applied to the analysis of each Contract in order to normalize the economic data derived therefrom and enhance its comparative utility.

From the foregoing analysis, we respectfully submit . . . 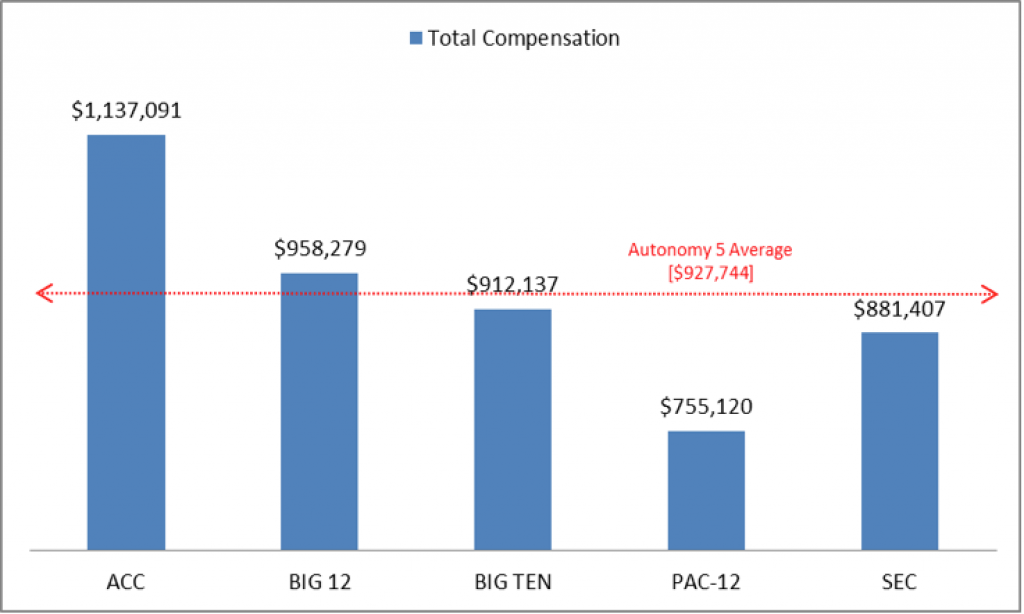 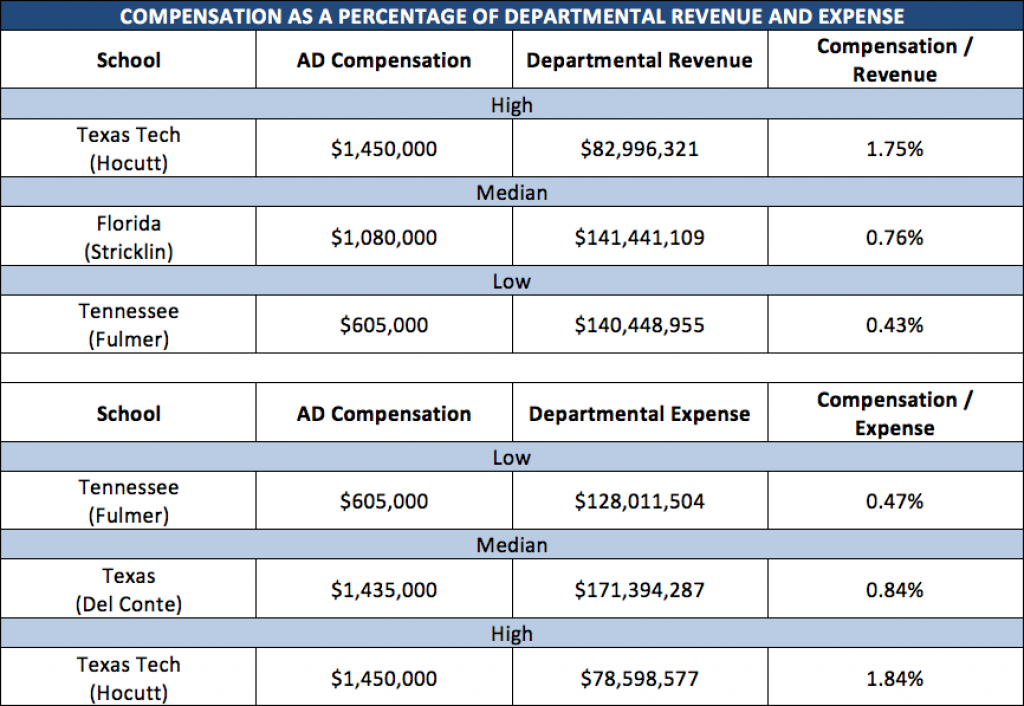 * Highest Increase (Same School, Same AD): Athletic Director Swarbrick (increase of $1,866,351, or 157.56%). Notably, this increase arises as a result of bonus compensation totaling over $1.8M as reported in Notre Dame’s most recent 990 filing

In the coming weeks we will complete and publish via ADU compensation analyses for all Football Bowl Subdivision institutions for which compensation data is available.

12015-2016 athletic department revenue and expense were obtained from the USAToday database found at http://sports.usatoday.com/ncaa/finances/, where available.

In this RisingADs book review, Washington Director of Athletics Jen Cohen and SMU Director of Athletics Rick Hart give insight on personal application of key concepts from Stillness is the Key by Ryan Holiday. The book touches on the importance for leaders to strive for stillness in thought, contemplation, and life. These things will lead

The treatment of people based on the color of their skin is front and center in American life right now. From law enforcement, to pay equity, to hiring practices these differences can be seen plain as day across most areas of life. While college basketball is certainly more diverse than many areas of American life,

Introduction & Methodology   We reviewed all forms of compensation for the head baseball coaches at National Collegiate Athletic Association member institutions of the Atlantic Coast, Big Ten, Big 12, Pac-12 and Southeastern Conferences (the, “Autonomy 5”). We analyzed these coaches’ employment agreements and related documents, which were obtained in partnership with USAToday, and created