Dozens of sitting Athletic Directors or executive-level administrators who currently are or could soon be a Summit League AD were invited to share feedback on each AD job in the league. The data was used to provide detailed insights about the potential for success at each school.

The ten variables independently measured and utilized to determine the rankings include:

Overall rankings for Summit League AD jobs, graded on a scale of seven as ‘much better likelihood of success than peers’ & one as ‘much worse’: 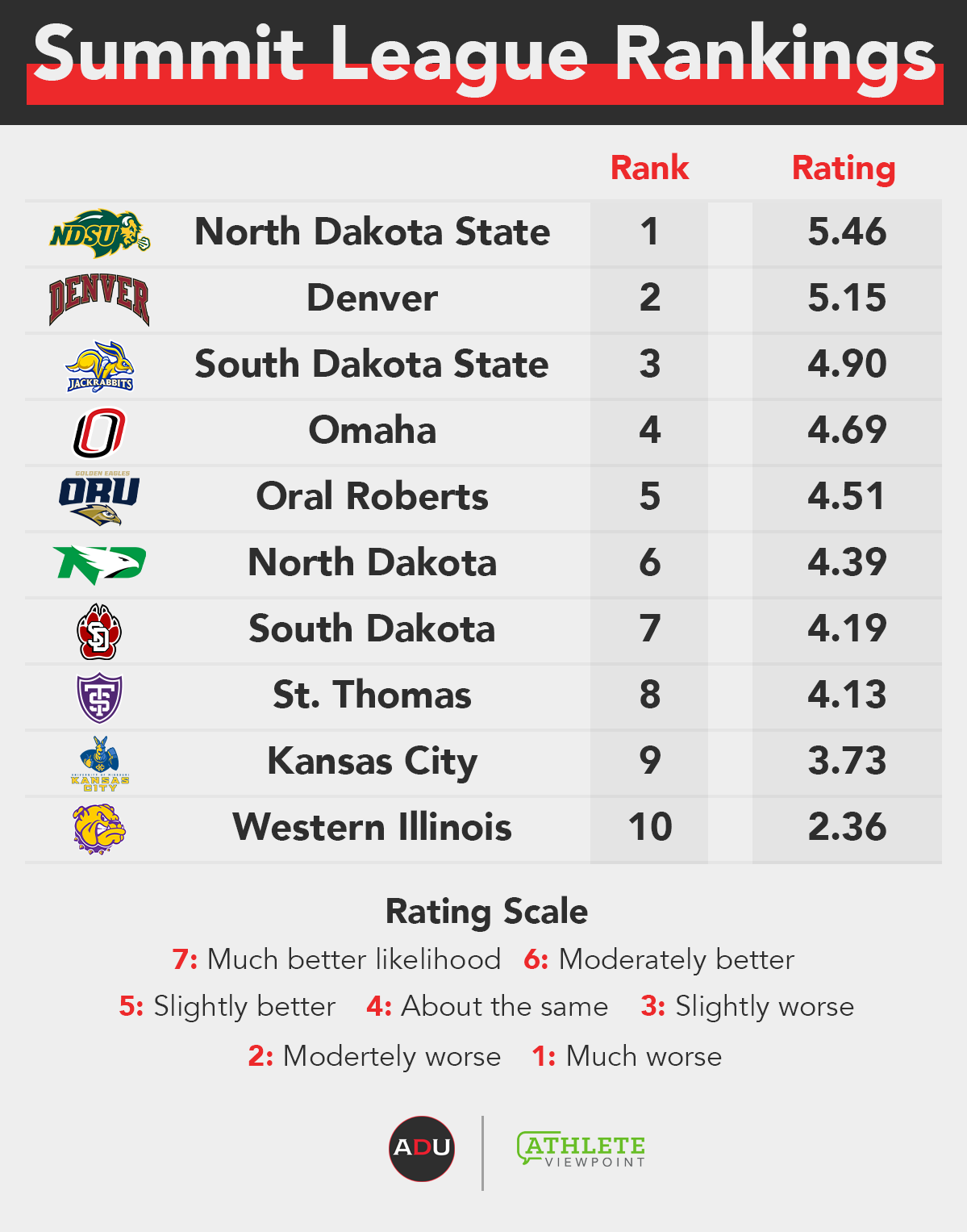 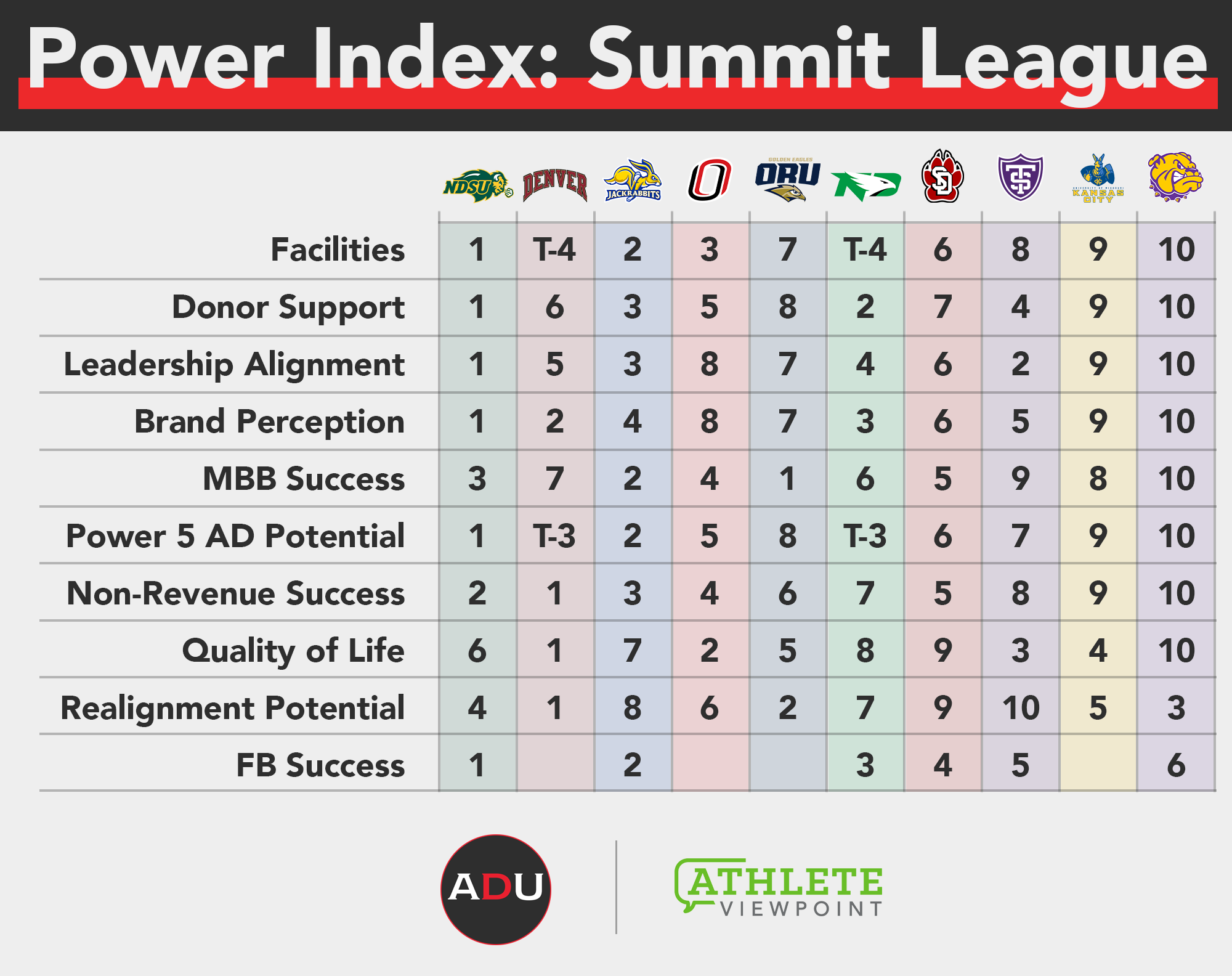 College athletics is being reshaped from the Power 5 down through nearly every mid- to low-major conference around there nation. Below is how executive leaders view realignment potential for each league member: 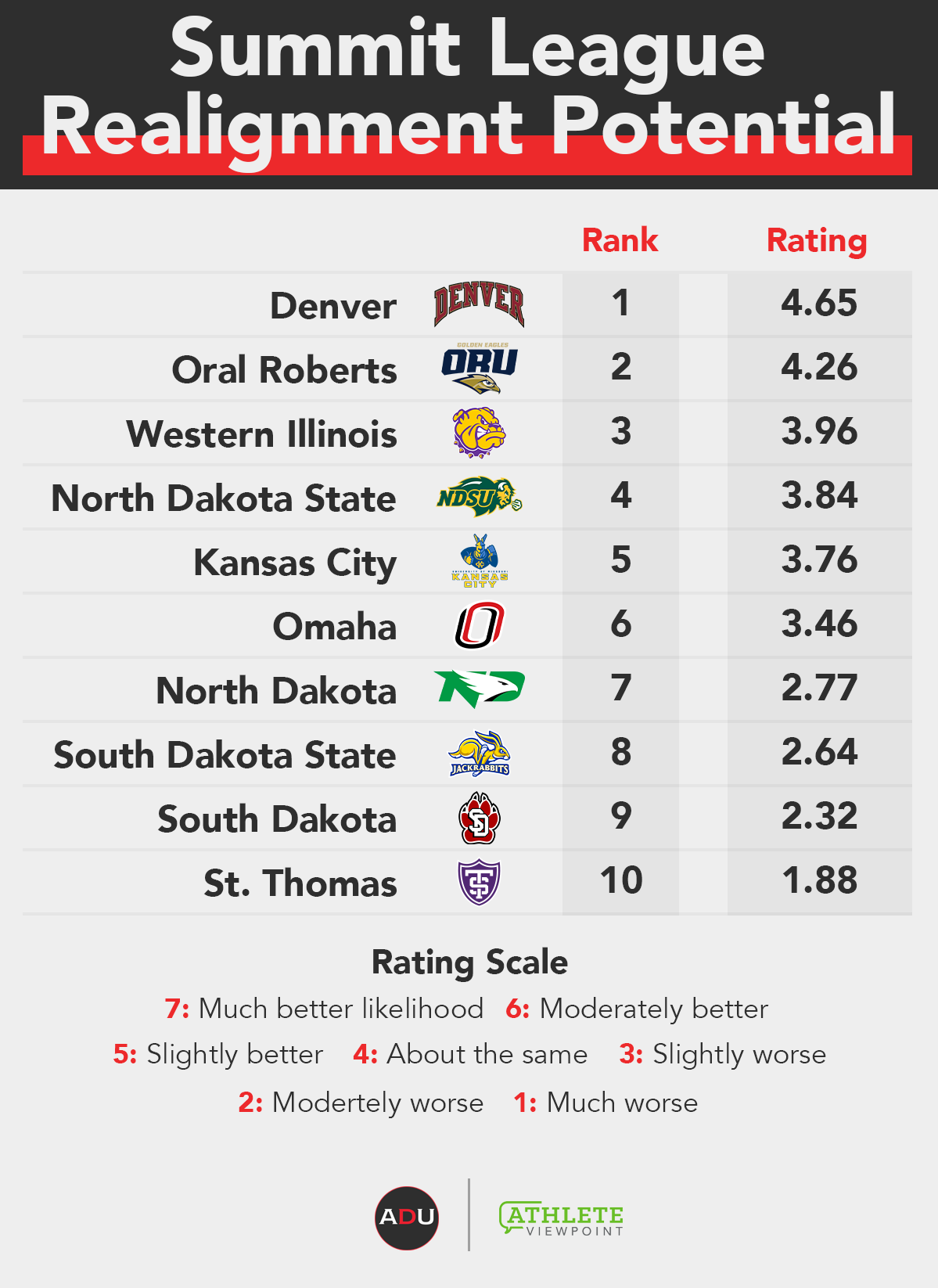 Oral Roberts advanced to the Sweet 16 of last year’s NCAA Men’s Basketball Tournament with wins over Ohio State and Florida before a two-point loss to Arkansas. How do executive leaders view the opportunity for Men’s Basketball success around the league beyond the Eagles? 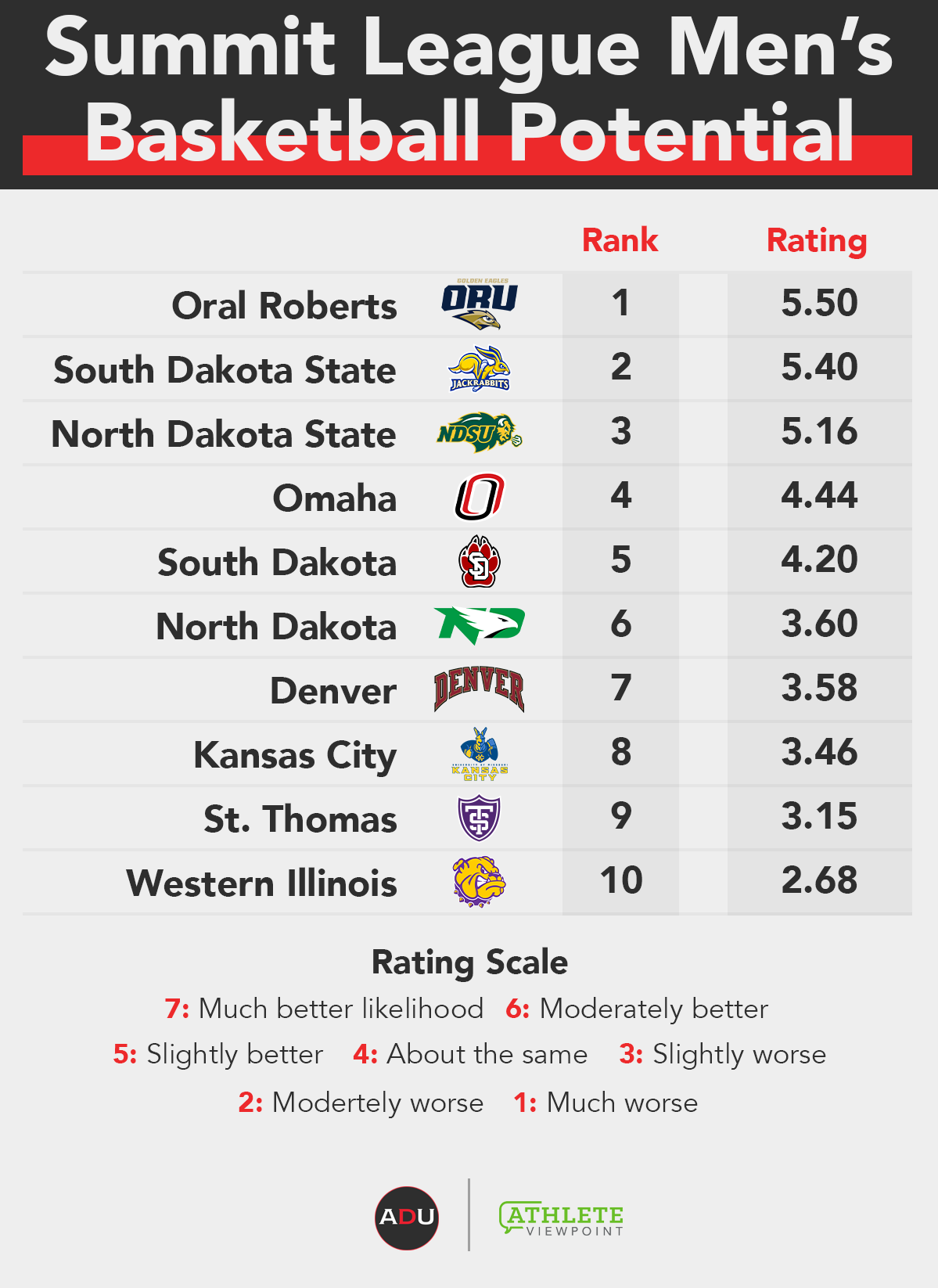