Over 55 sitting Athletic Directors or executive-level administrators who currently are or could soon be a MVC AD were invited to share feedback on each AD job in the league.  The data was used to provide detailed insights about the potential for success at each school.

Note: Respondents did weigh in on the viability of football compared to peers for Northern Iowa, Illinois State, Indiana State, Southern Illinois and Missouri State. Drake and Valparaiso football were held out of this query and will be compared to Pioneer League peers at a later date. 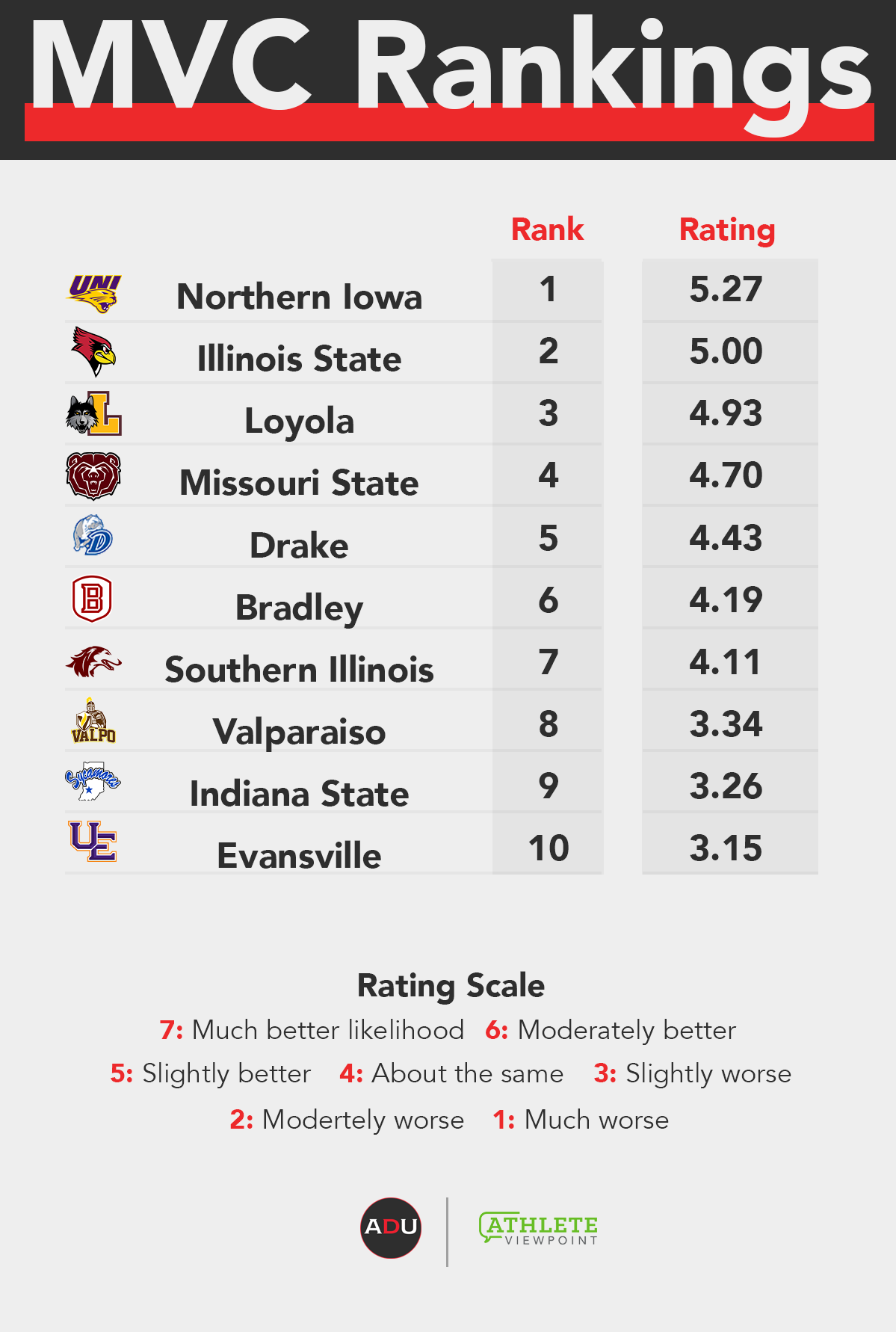 Here are the full category by category ranking results:

Specifically, on the question of which MVC AD job has the best potential to lead to a ‘Power 5’ opportunity (graded on a scale of seven as ‘much better than peers’ & one as ‘much worse’): 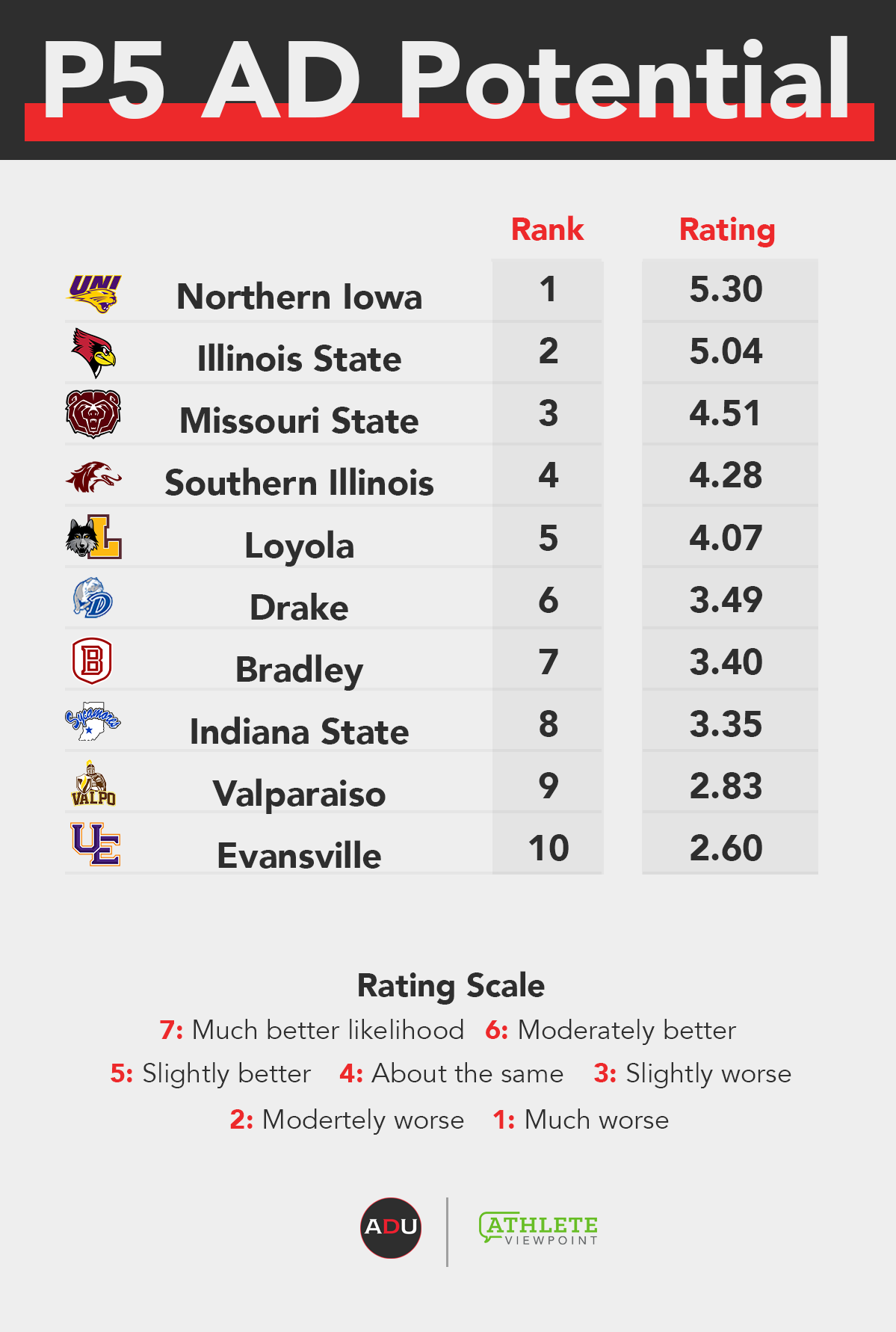 Missouri Valley Conference Men’s Basketball has long been a player on the nation scene. Here’s how respondents qualified the ability for each member institution to have success in Men’s Basketball (graded on a scale of seven as ‘much better than peers’ & one as ‘much worse’): 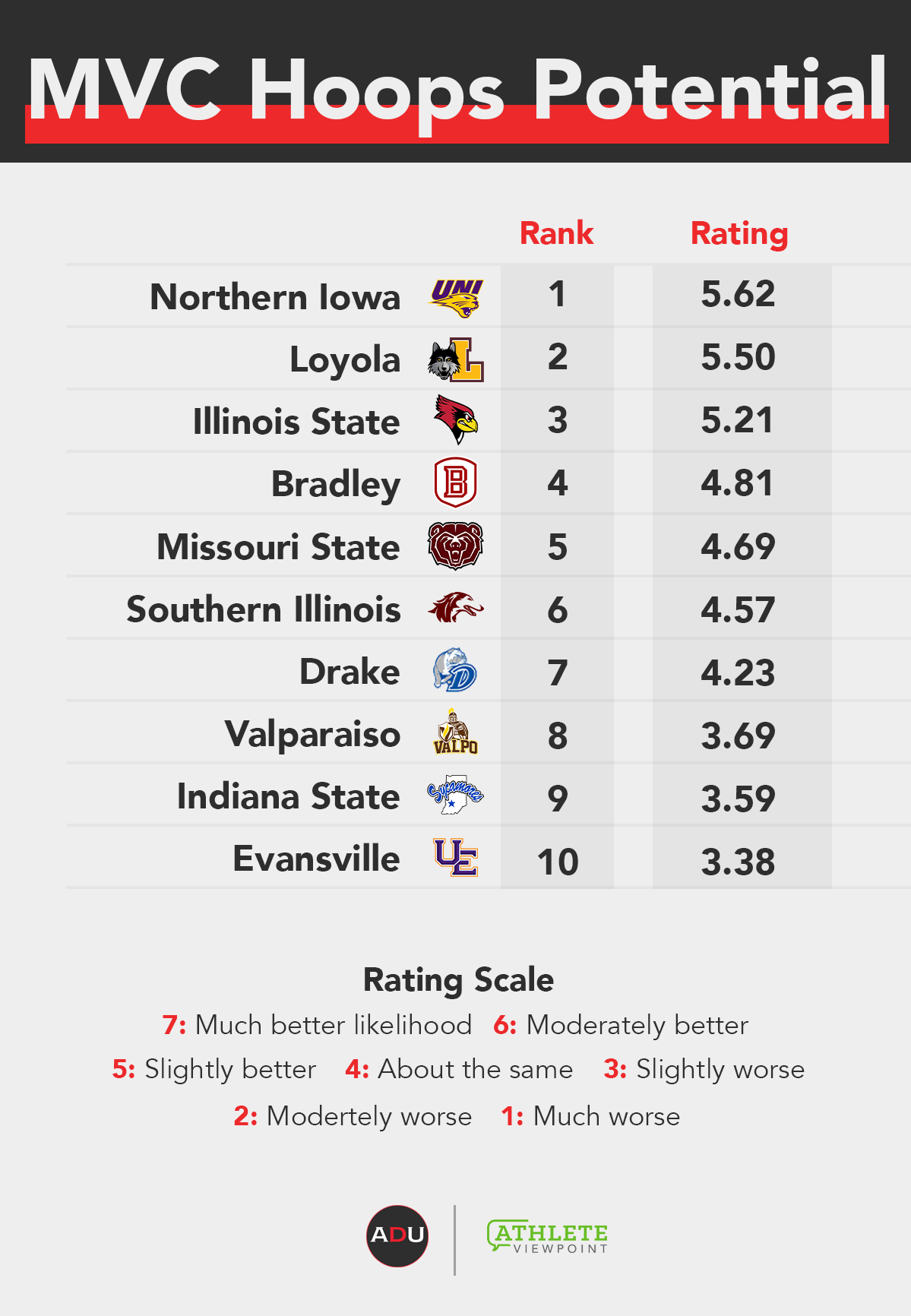 Up next in the series: the Big East Conference.

Articles
The Rising Tide: Why and How Cobranded Group Licensing Works

As we get further from the actual day, July 1, 2021, and as the dust settles from the initial whirlwind of activity, college administrators have been left to sort out what the changes to name, image and likeness policies actually mean on campus. What can or can’t a school do for and with its athletes?

Articles
How Much Money Can An Expanded College Football Playoff Generate?

With the College Football Playoff’s board of managers recently approving a feasibility study to determine the viability of an 12-team playoff model, and another possible round of major-conference realignment on the horizon, it seems all but inevitable the that CFP will expand within the next few years.   In order to calculate what types of

When the long-awaited Tokyo Olympics finally get underway, American television viewers will be fixated, as they usually are, on the sports which NBC tells us we want to see. As NBC’s day-by-day highlights suggest, it will be heavy, as always, on swimming, track and field, gymnastics, and basketball, events in which Team USA should do