Recent developments at Ohio University, with Bobcats Athletics Director Jim Shaus headed to the Southern Conference as its new Commissioner, as well as news that Akron’s budget is tightening, make the MAC a useful league to first apply the Athletic Department Power Index.

It’s imperative to note the Athletic Department Power Index is not intended or developed to analyze the performance or potential of the current Athletic Director at the respective institutions.  Rather it is an assessment of the opportunity generally through the eyes of both peers and aspirants to the position were it to become available.

Approximately 150 sitting Athletic Directors and executive-level administrators who currently are or could soon be a MAC AD were invited to share feedback on each AD job in the league.  The data was used to provide detailed insights about the potential for success at each school.

The ten variables utilized to determine the rankings include:

Here are the overall results with one being the highest and twelve being the lowest: 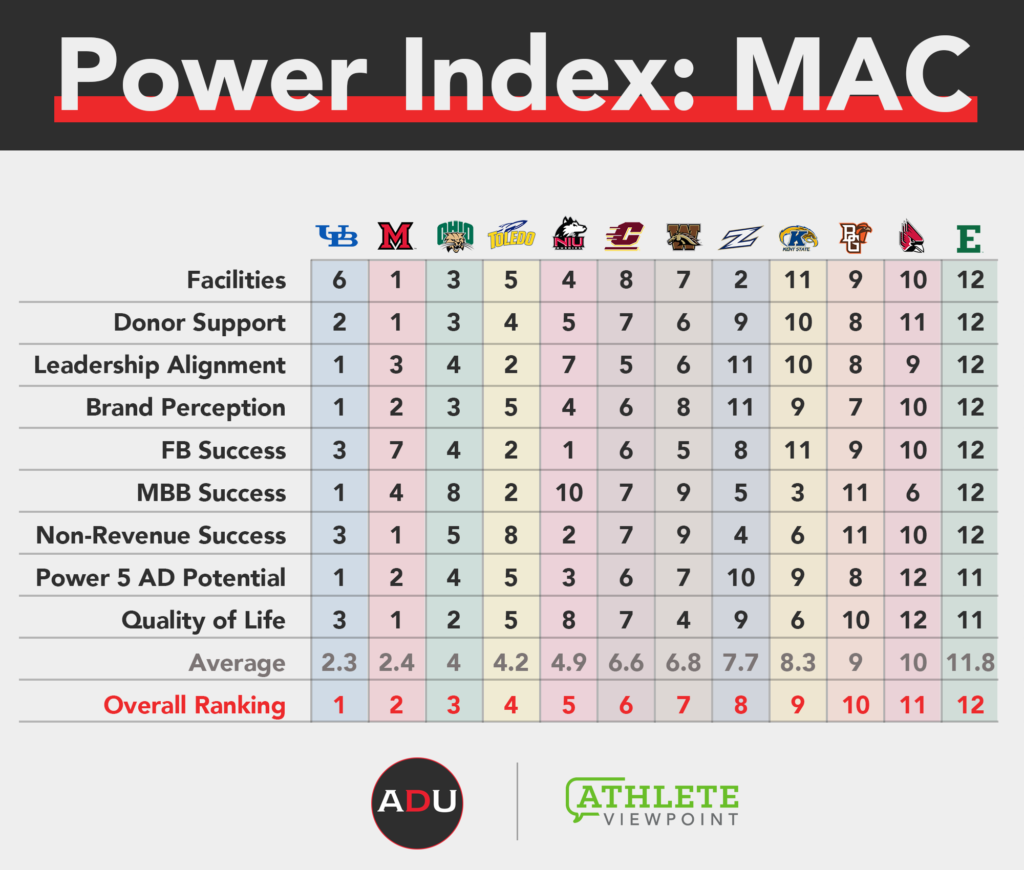 Specifically, on the question of which MAC AD job has the best potential to lead to a ‘Power 5’ department (graded on a scale of seven as ‘much better than peers’ & one as ‘much worse’): 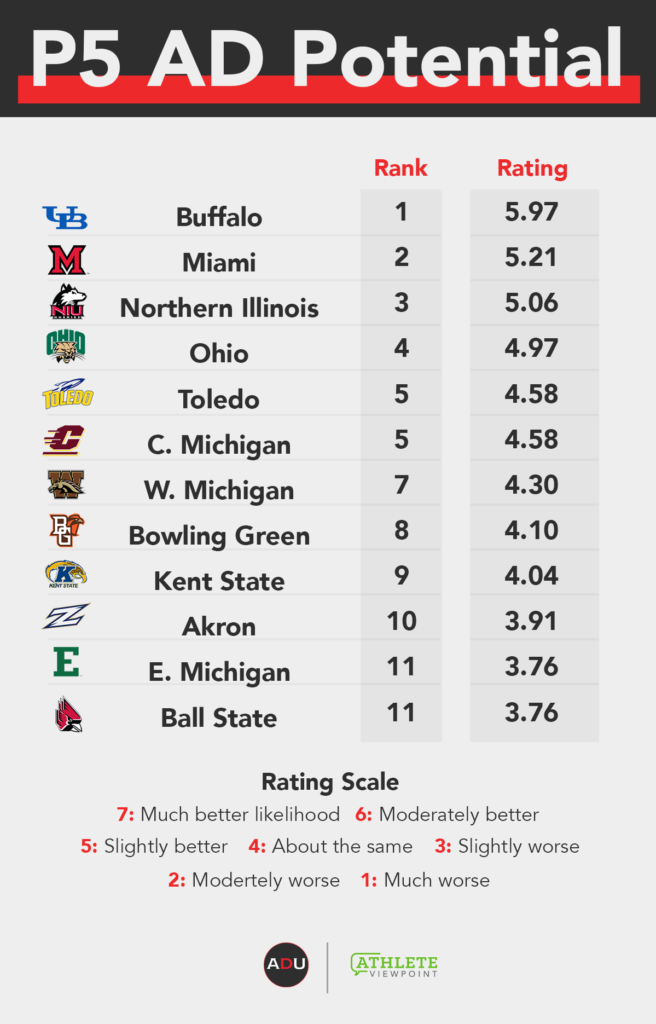 With the Ohio U. AD job now open, here’s a look at OU’s ratings compared to the highest-rated and mean for each variable: 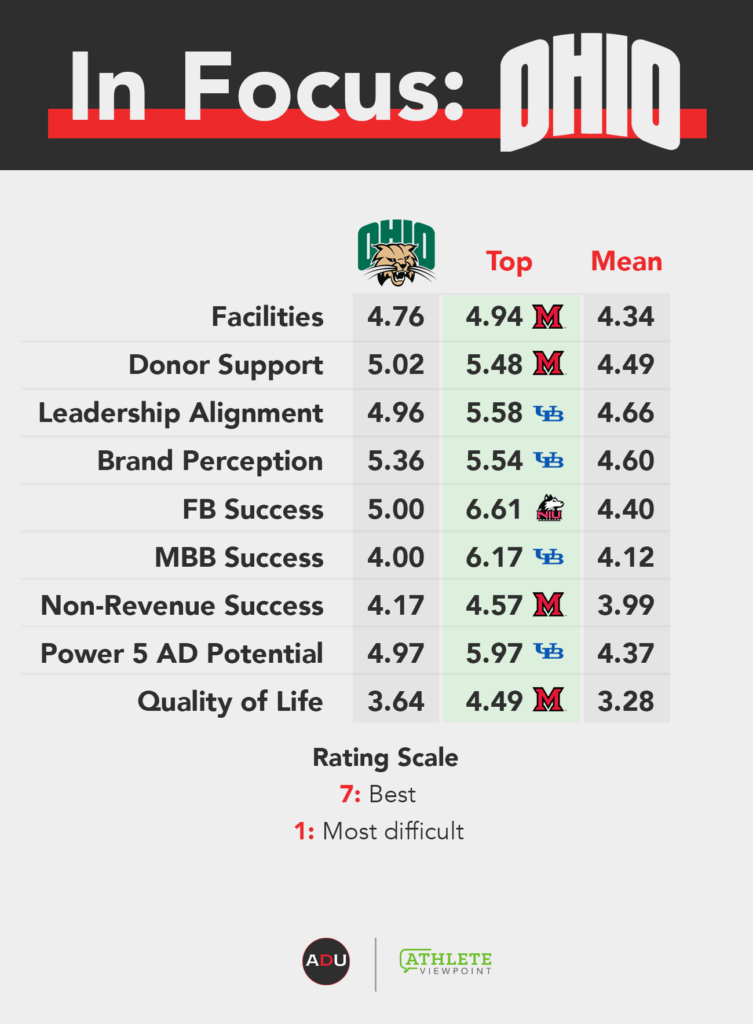 To view additional results from the Athletic Department Power Index: Mid-American Conference, including school comparisons, question comparisons and specific comments from respondents, click here.  The tool allows you to sort ratings by any question and compare schools individually.

This Athletic Department Power Index intends to review all of the Division I conferences in the coming months.  As was the case with the MAC, selected individuals will be invited to participate and share their views about specific conferences and the subsequent data will be shared in a similar manner.  The technical expertise, survey development, survey distribution and data visualization are provided by Athlete Viewpoint. Up next in our series: the West Coast Conference.