Dozens of sitting Athletic Directors or executive-level administrators who currently are or could soon be an Ivy League AD were invited to share feedback on each AD job in the league.  The data was used to provide detailed insights about the potential for success at each school.

Overall rankings for Ivy League AD jobs, graded on a scale of seven as ‘much better likelihood of success than peers’ & one as ‘much worse’: 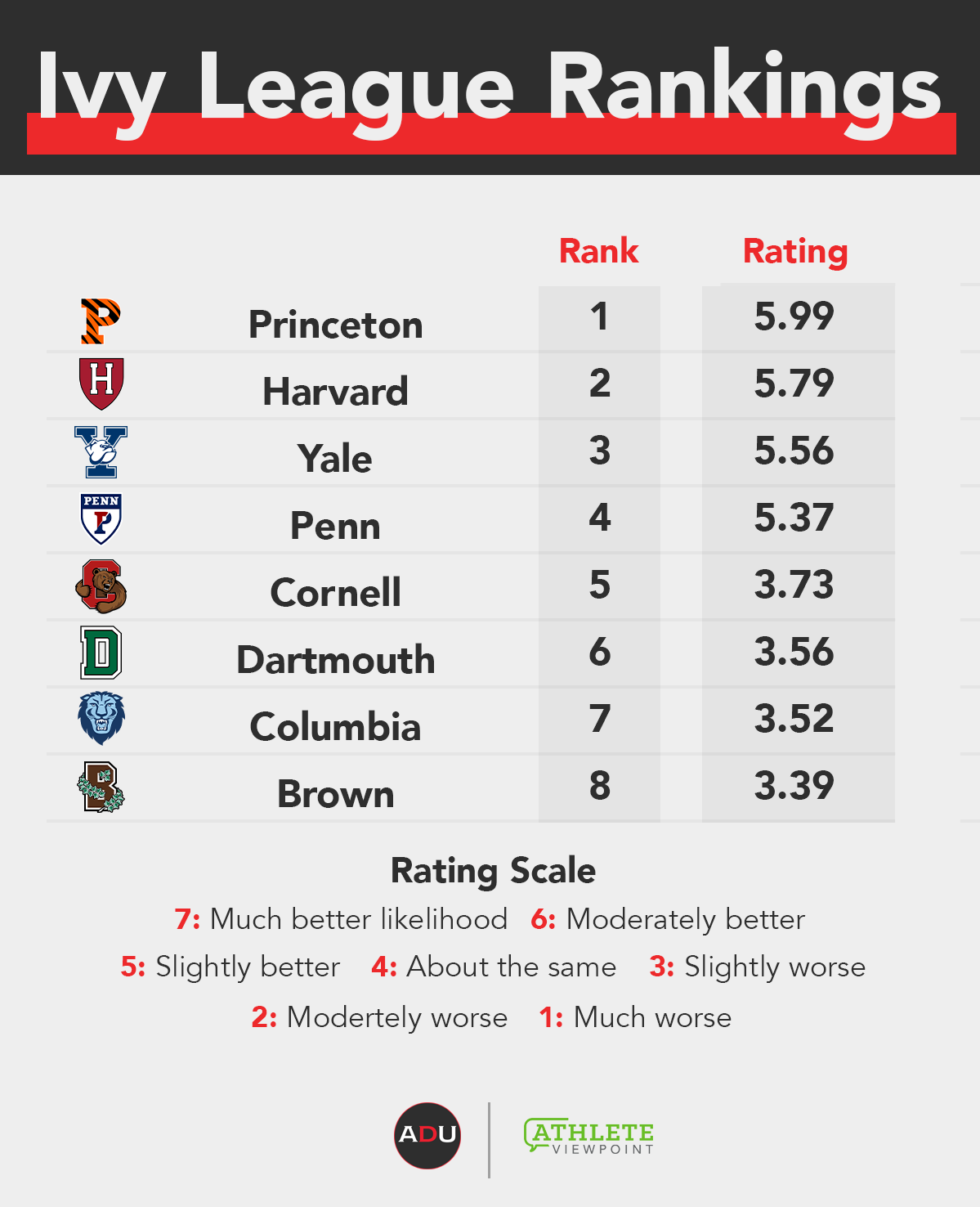 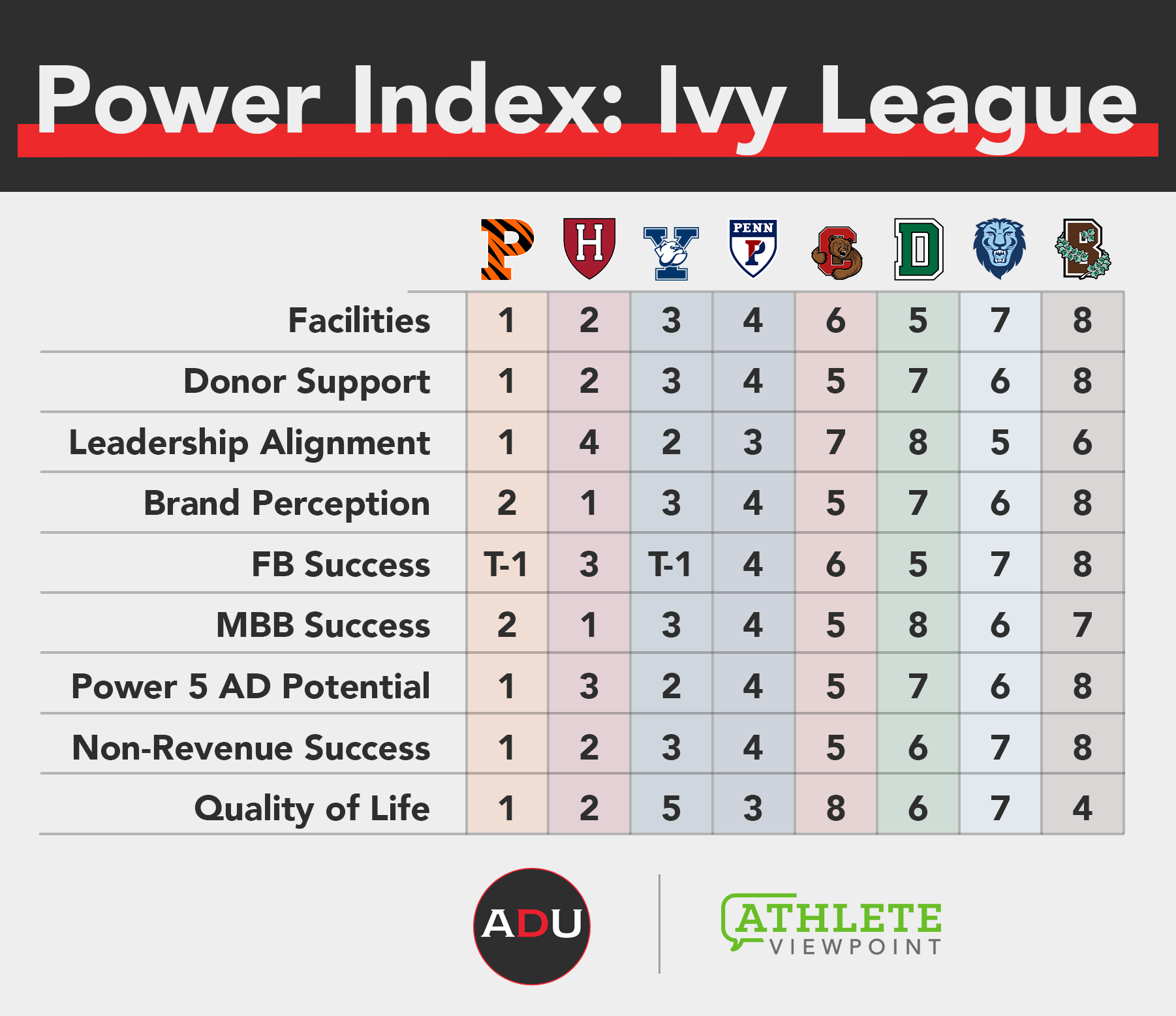 Currently, both Penn and Dartmouth have open permanent AD chairs. How do opportunities in Hanover and Philadelphia compare to the rest of the league? 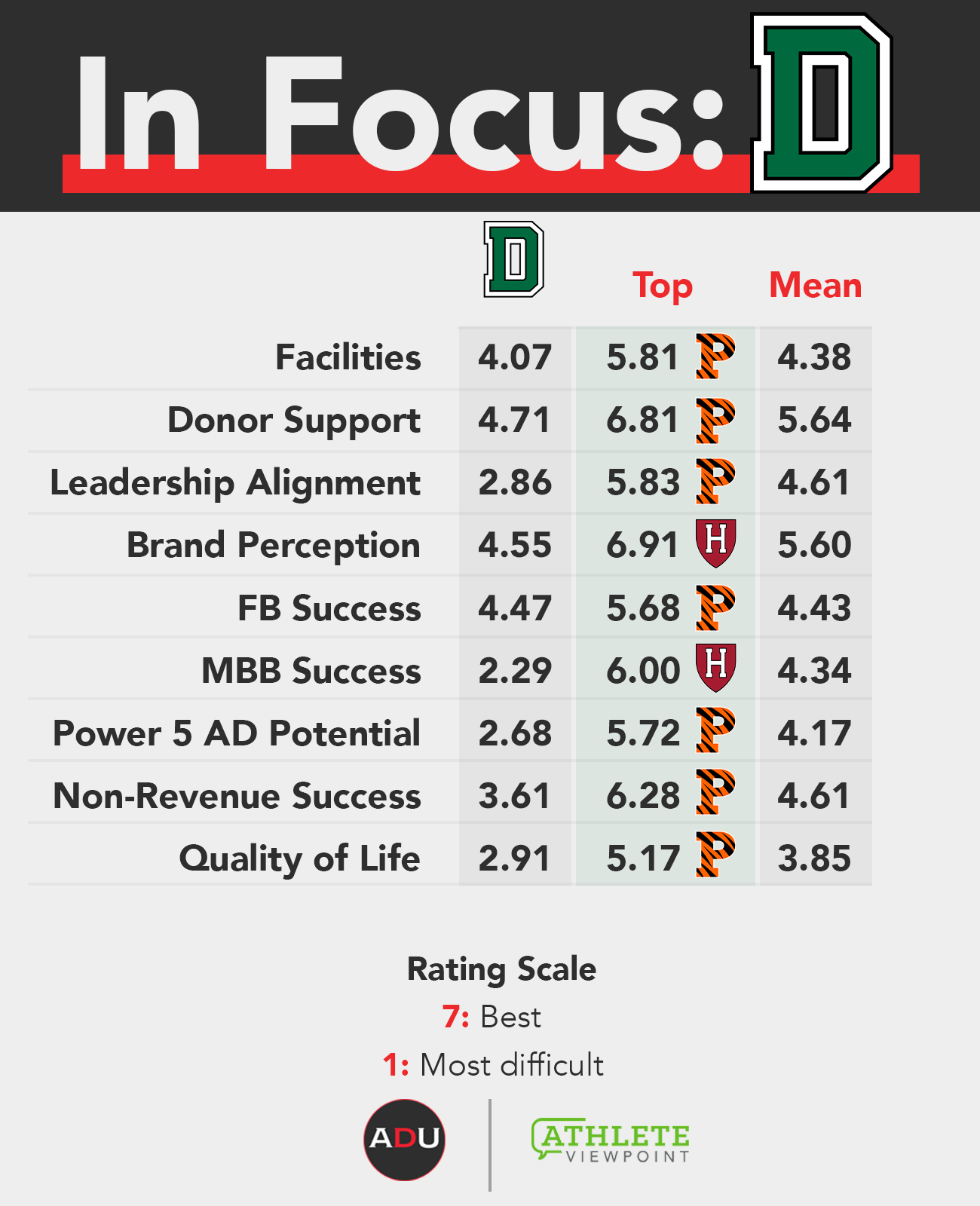 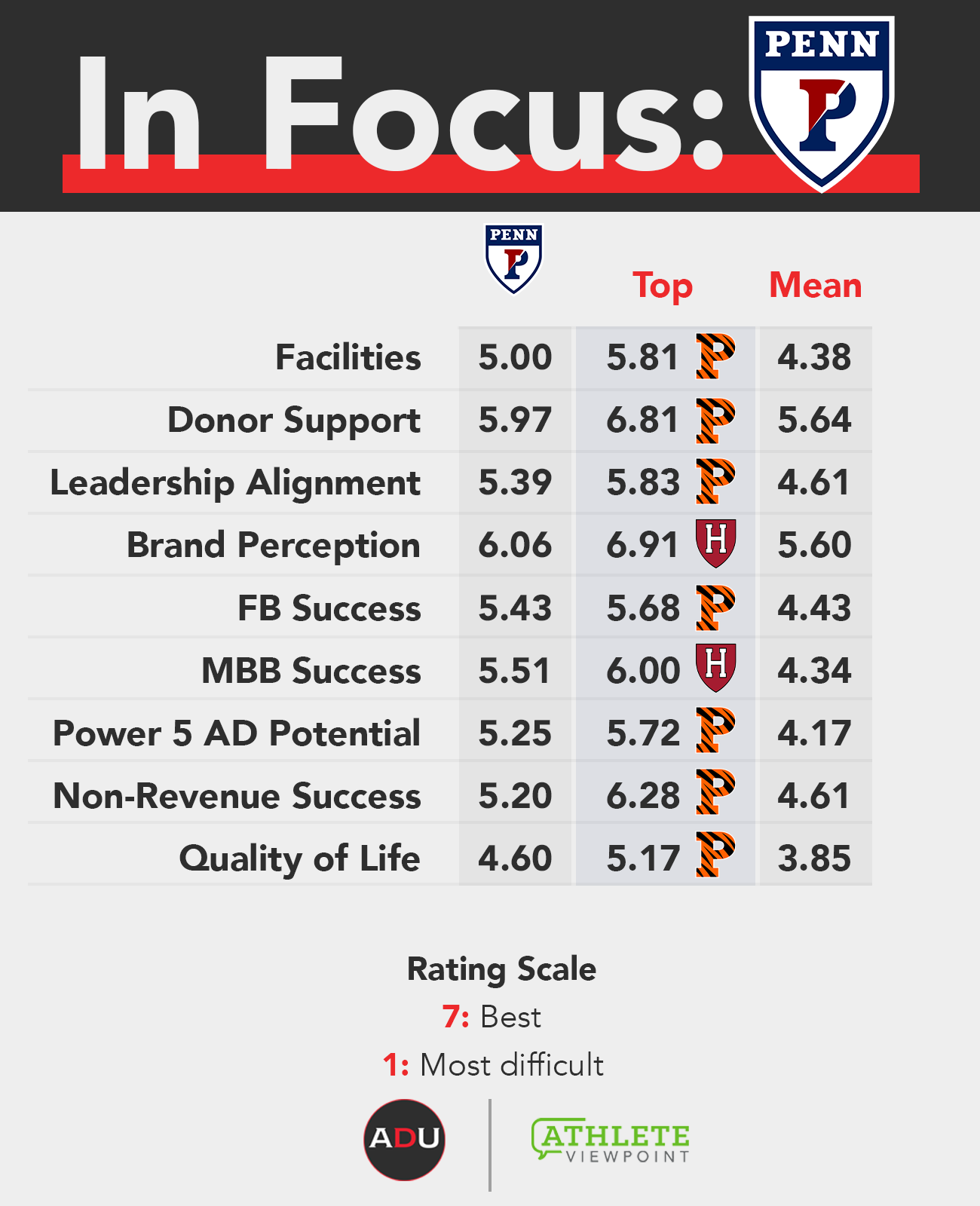