Dozens of sitting Athletic Directors and executive-level administrators – some who currently work in the CAA – as well as over 100 additional leaders intimately familiar with the league were invited to share feedback on each AD job in the conference. The data was used to provide detailed insights about the potential for success at each school.

To view full results for every survey question, please visit the GamePlan portal or scroll down for a recap. 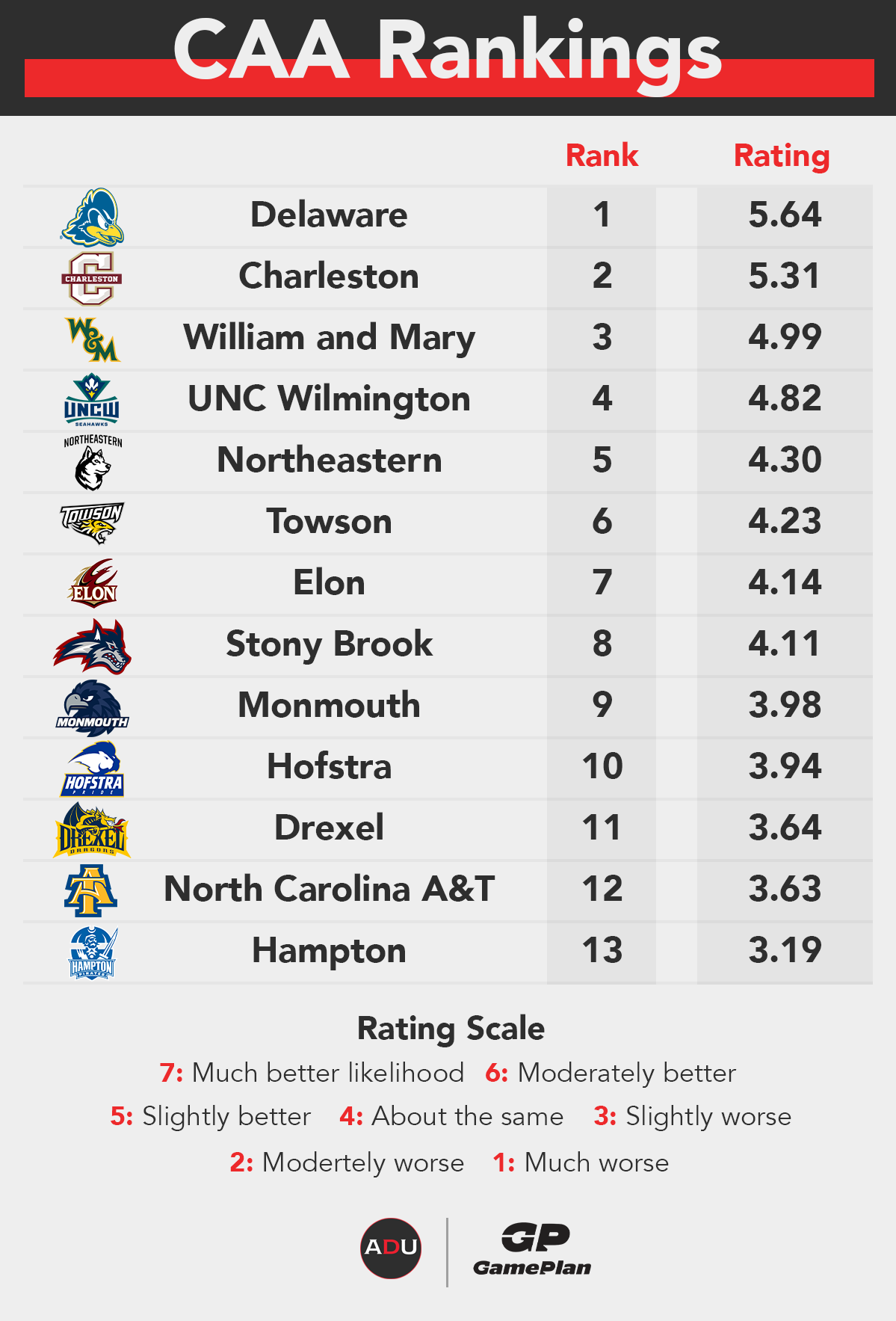 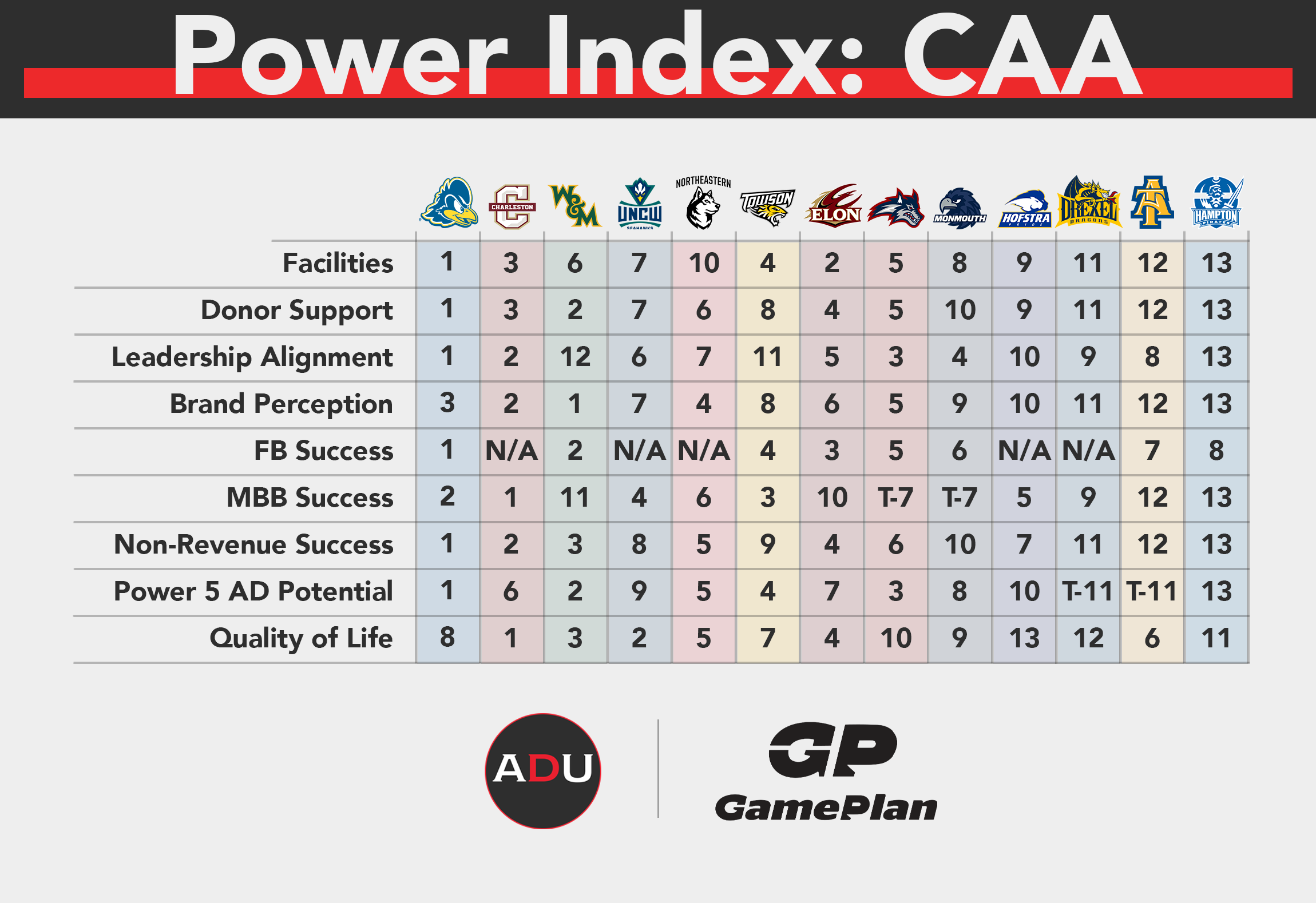 Ability to obtain a ‘Power 5’ AD job from each CAA AD chair (graded on a scale of seven as ‘much better much better likelihood of success than peers’ & one as ‘much worse’): 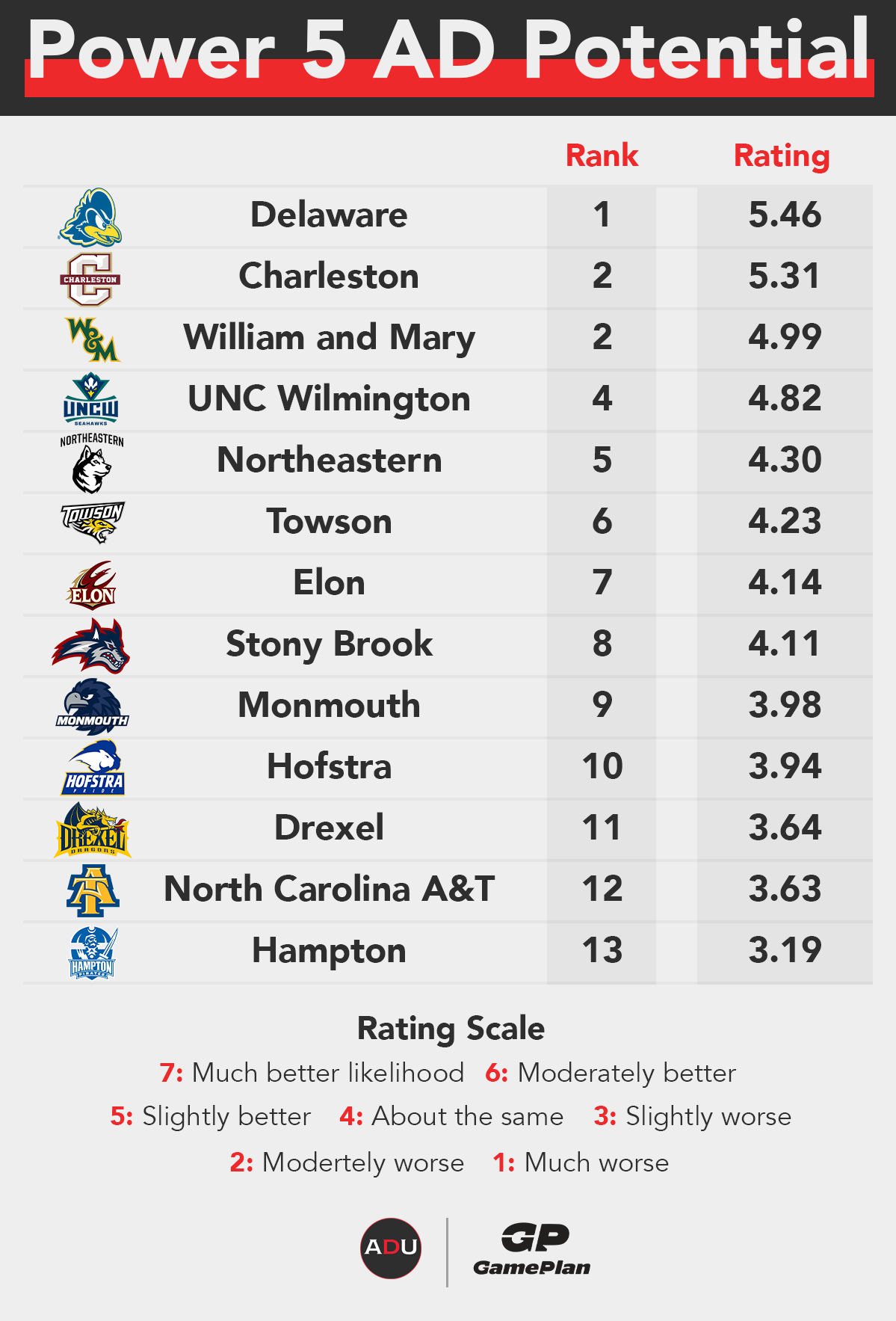