Dozens of sitting Athletic Directors or executive-level administrators who currently work in the Big Ten or are intimately familiar with the league were invited to share feedback on each AD job in the conference. The data was used to provide detailed insights about the potential for success at each school. 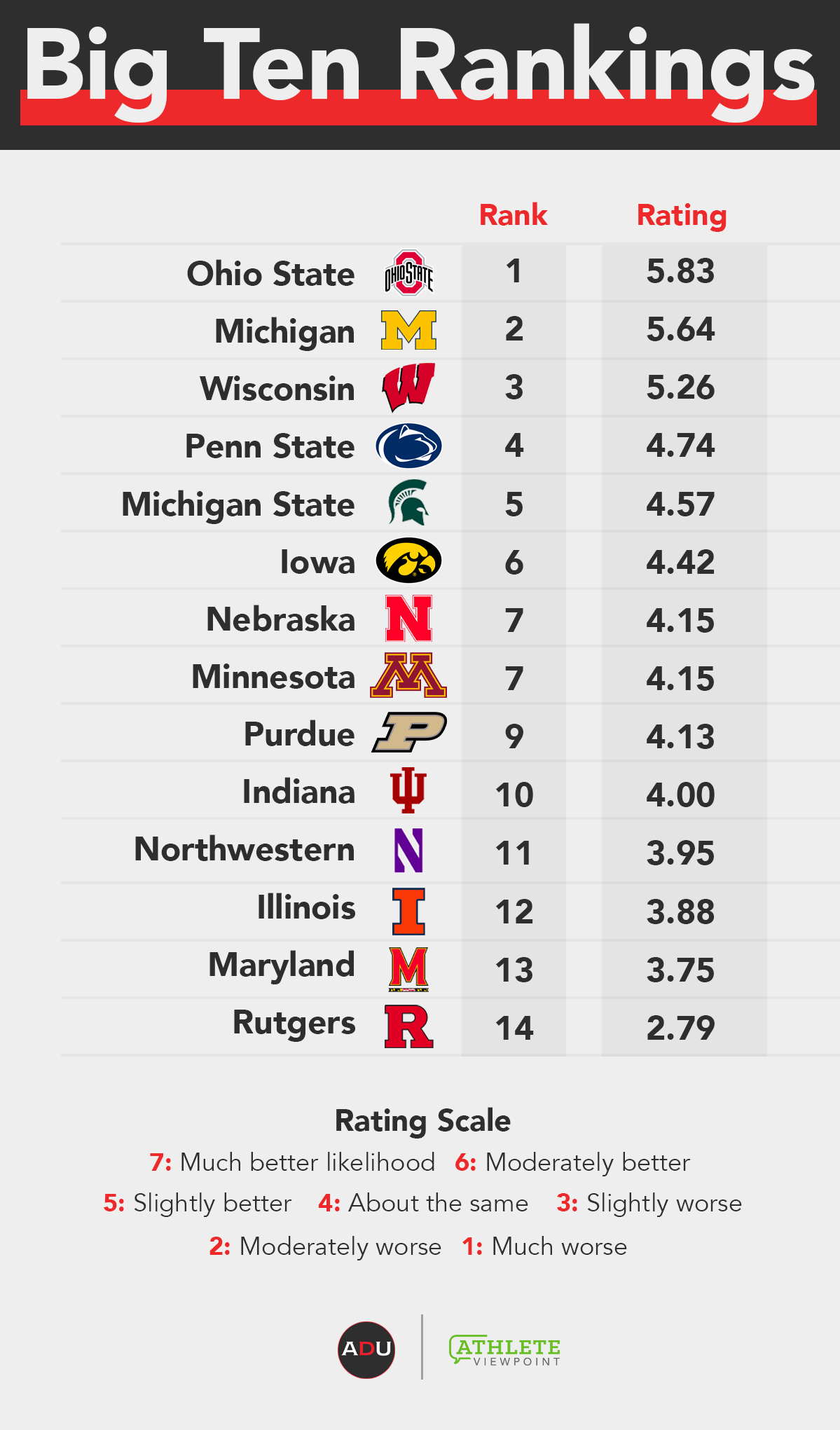 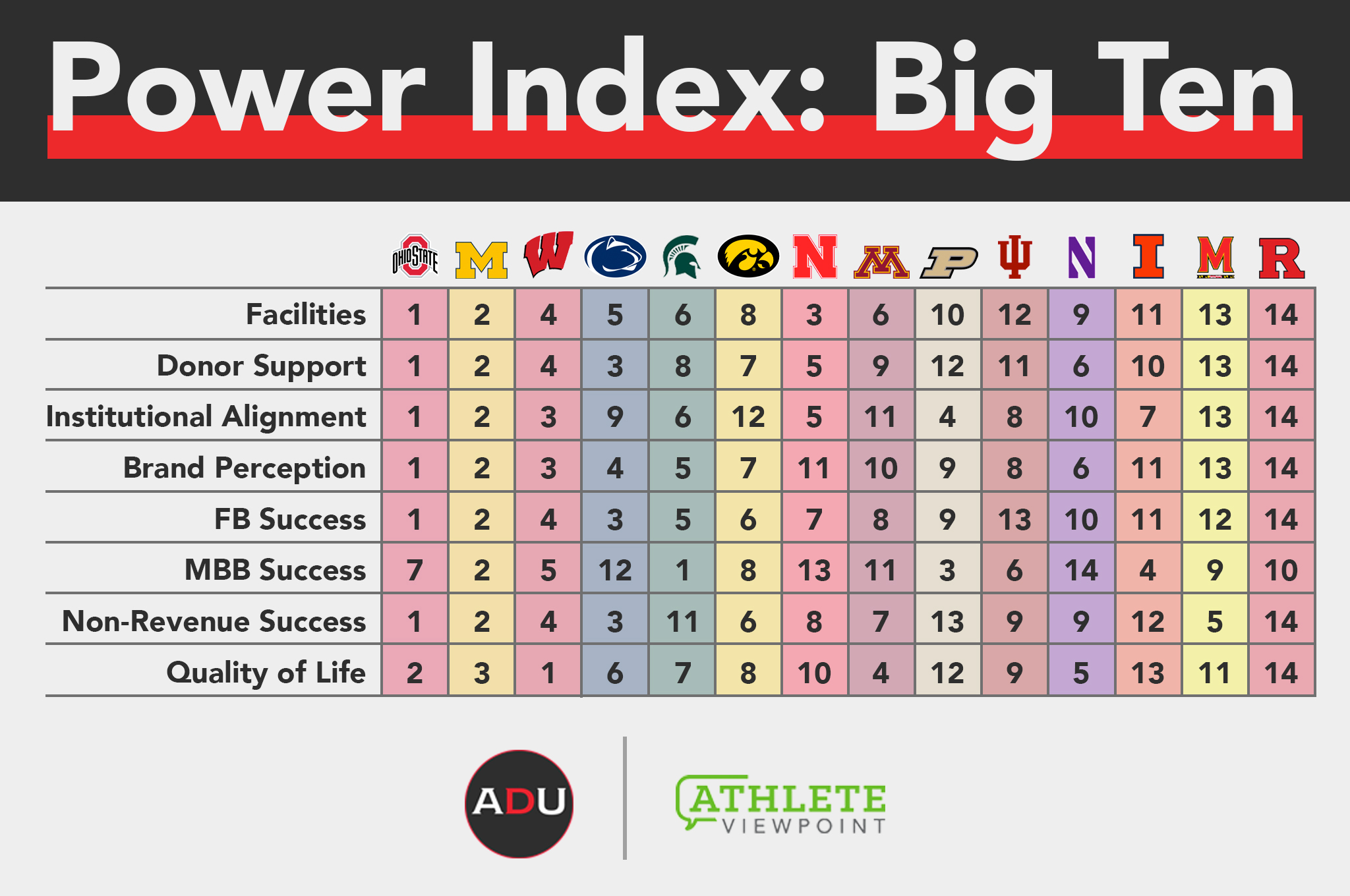 A Big Ten football program has made the College Football Playoff in six out of its eight years in existence. Ohio State has four appearances with Michigan and Michigan State each laying claim to one appearance. A Big Ten squad last won a national title during the 2014 campaign when the Buckeyes defeated Oregon. Here’s how executive leaders perceive the ability to succeed in football compared to the peer group. 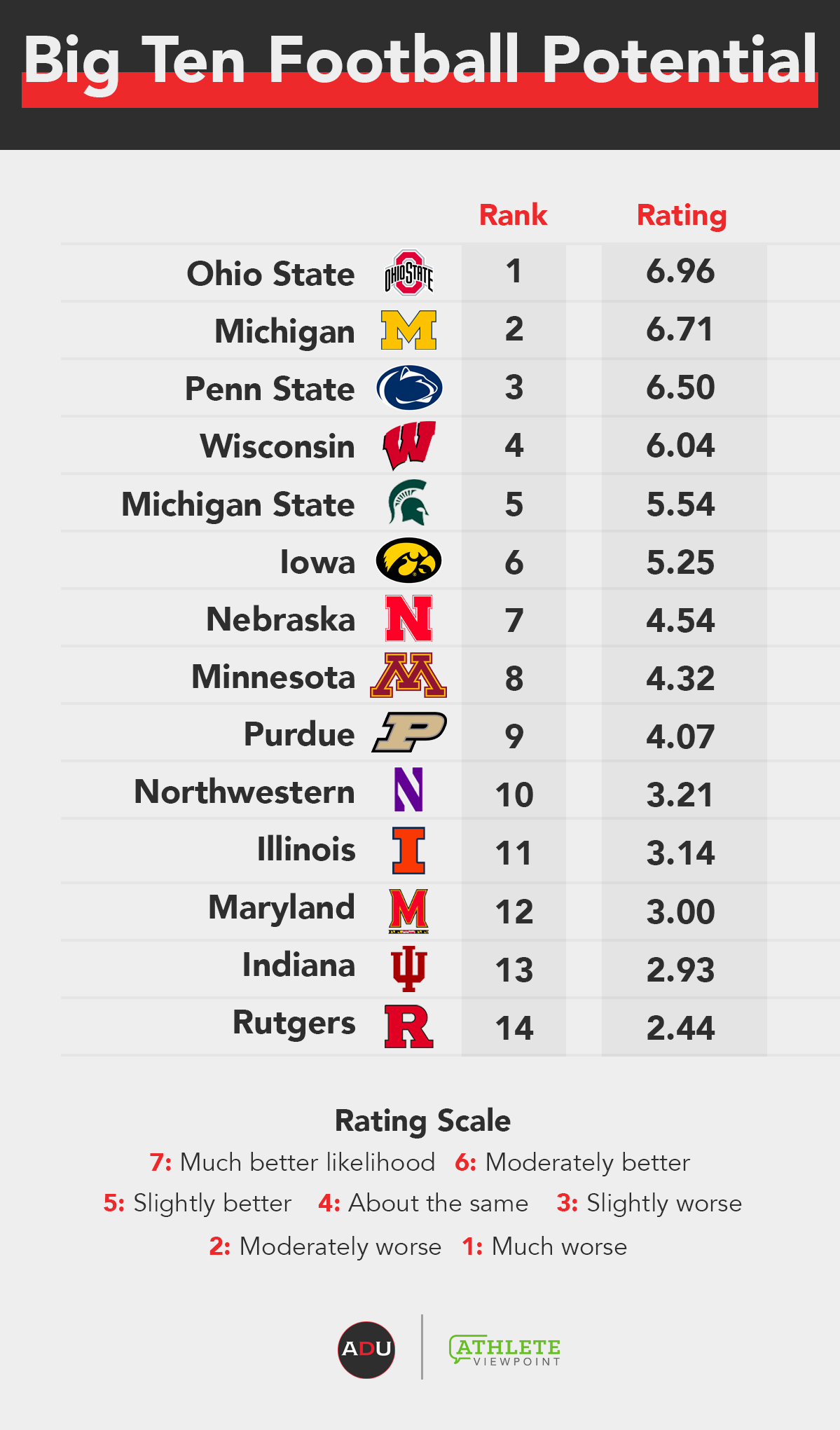 The Big Ten placed eight teams in the 2022 Men’s Basketball Tournament field, the most for any league. Two squads, Michigan and Purdue, advanced to the Sweet 16. Michigan State in 2000 is the most recent men’s basketball national title for the Big Ten. Below is a look at how executive leaders perceive the ability to succeed in men’s basketball compared to the peer group. 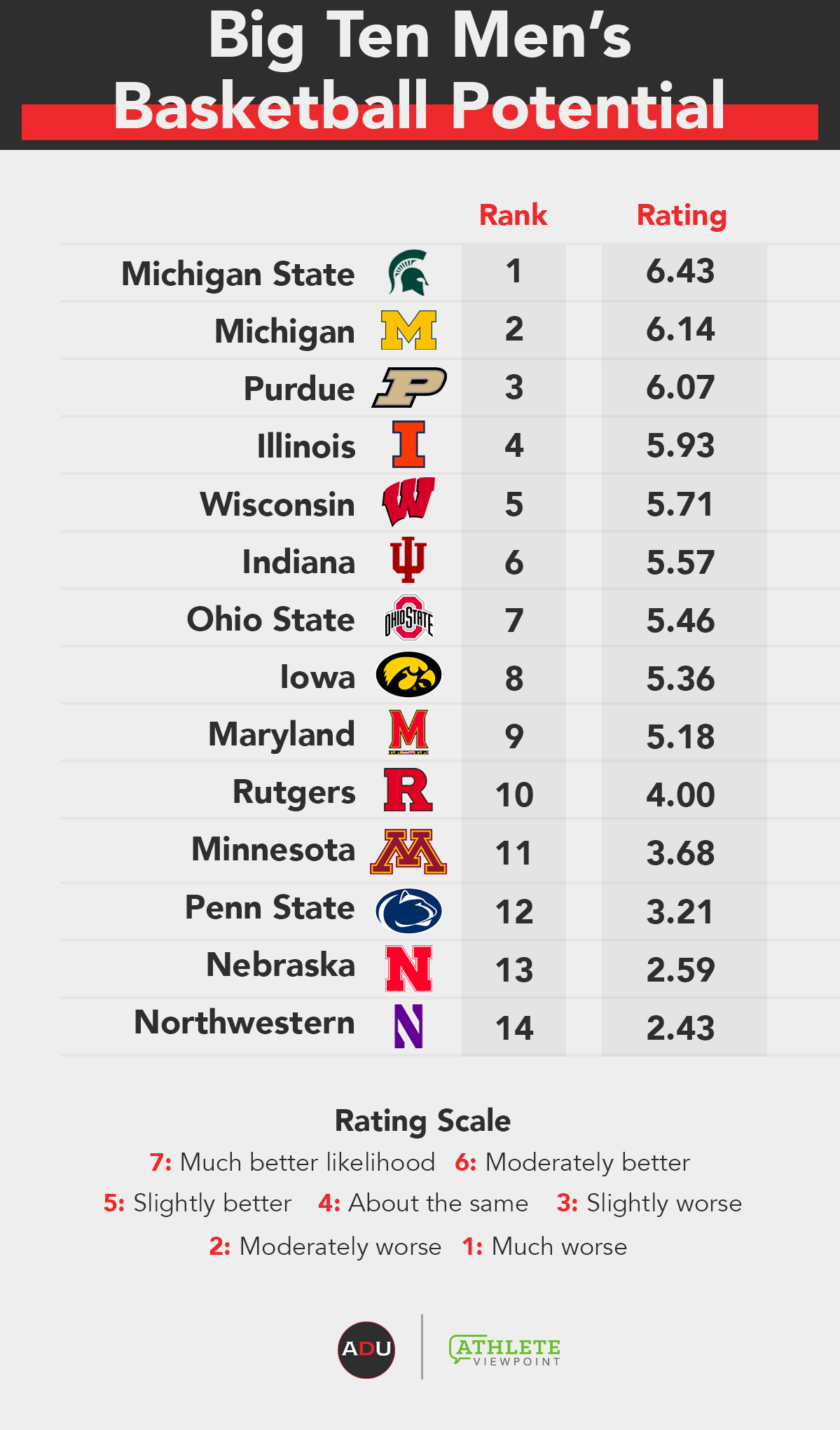