We reviewed all current forms of compensation for the athletic directors (“ADs”) at National Collegiate Athletic Association (“NCAA”) member institutions of the Power 5 Conferences (ACC, B1G, Big12, Pac-12, SEC and Notre Dame, the “P5”) . We analyzed these employment agreements and related documents (the, “Contracts”), which were procured by USA Today in partnership with Syracuse University’s S.I. Newhouse School of Public Communications, and created a sortable database of primary compensation (click here to view the Power 5 Athletic Director Database). Adjustments to current compensation figures can be found here.

Unlike the market for college coaches, there is not a traditional hiring period for college athletics directors. Consequently, the awarding, termination and administration of their employment Contracts, including adjustments to the duration and compensation prescribed by those Contracts, occurs throughout the calendar year. Thus, total compensation for college athletic directors is typically more difficult to normalize at any given time relative to compensation for college coaches. An independent methodology was consistently applied to the analysis of each Contract in order to normalize the economic data derived therefrom and enhance its comparative utility. Essentially, the data in the Database corresponds to the annualized rate of compensation for Power 5 ADs for the period from July 1, 2020 to June 30, 2021.

The average Contract term of Power 5 ADs is just shy of 5 ½ years. Upon their initial hire, most Power 5 ADs receive a contract with at least a 5 year term. The average age of a Power 5 AD is 55 and the median age is 50. 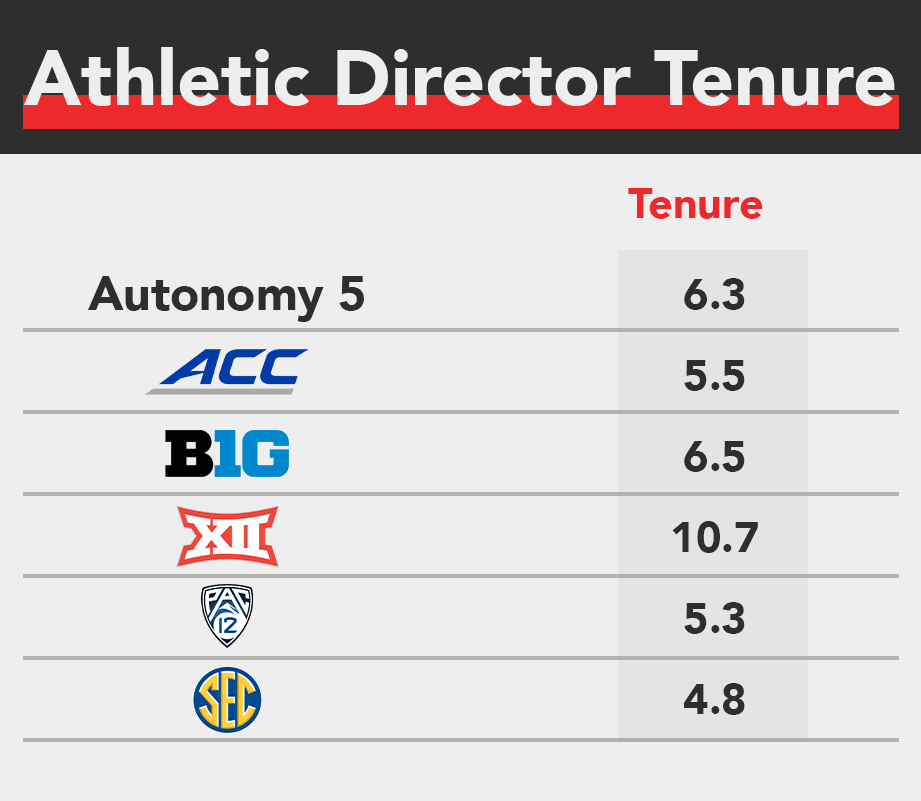 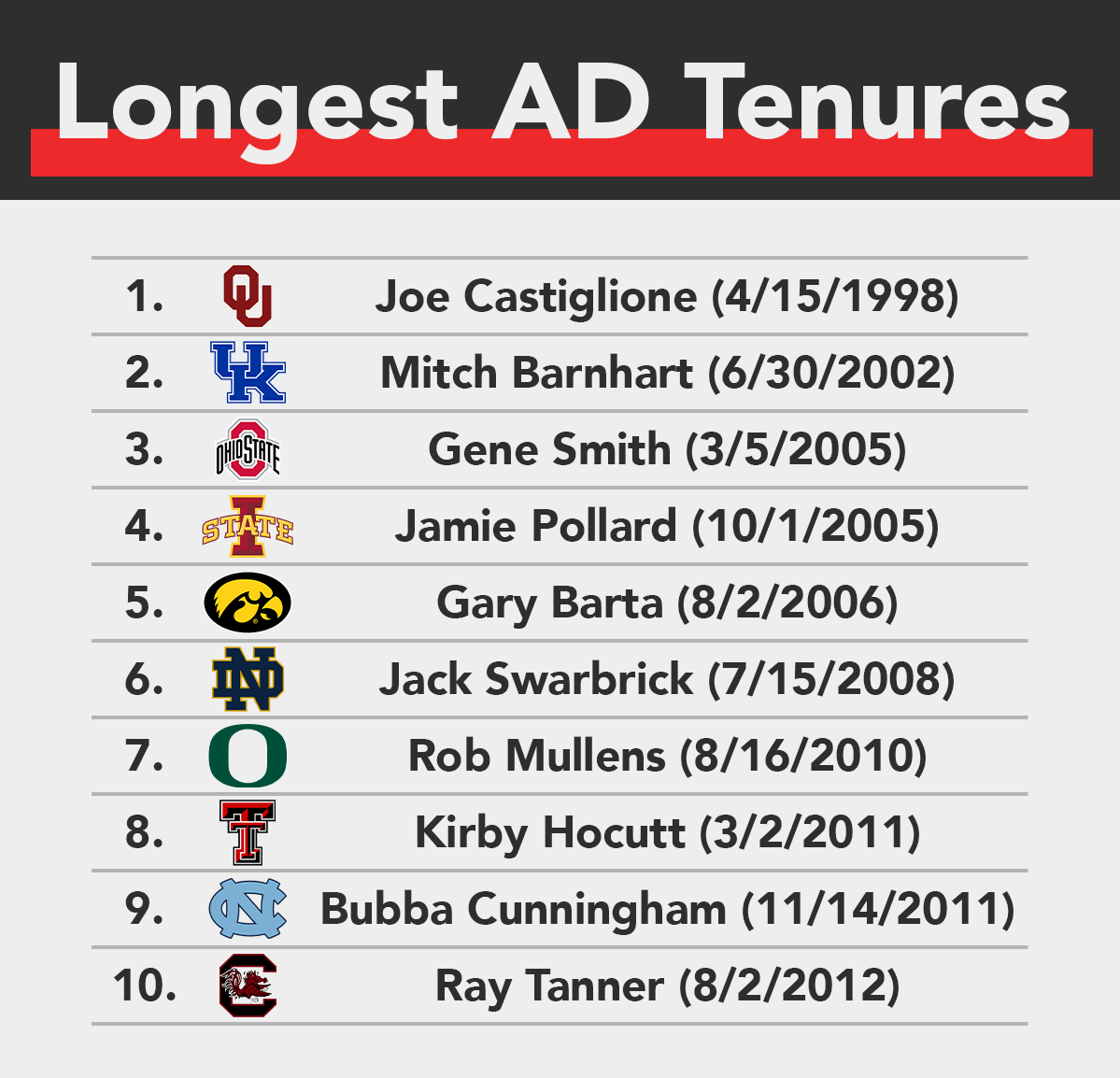 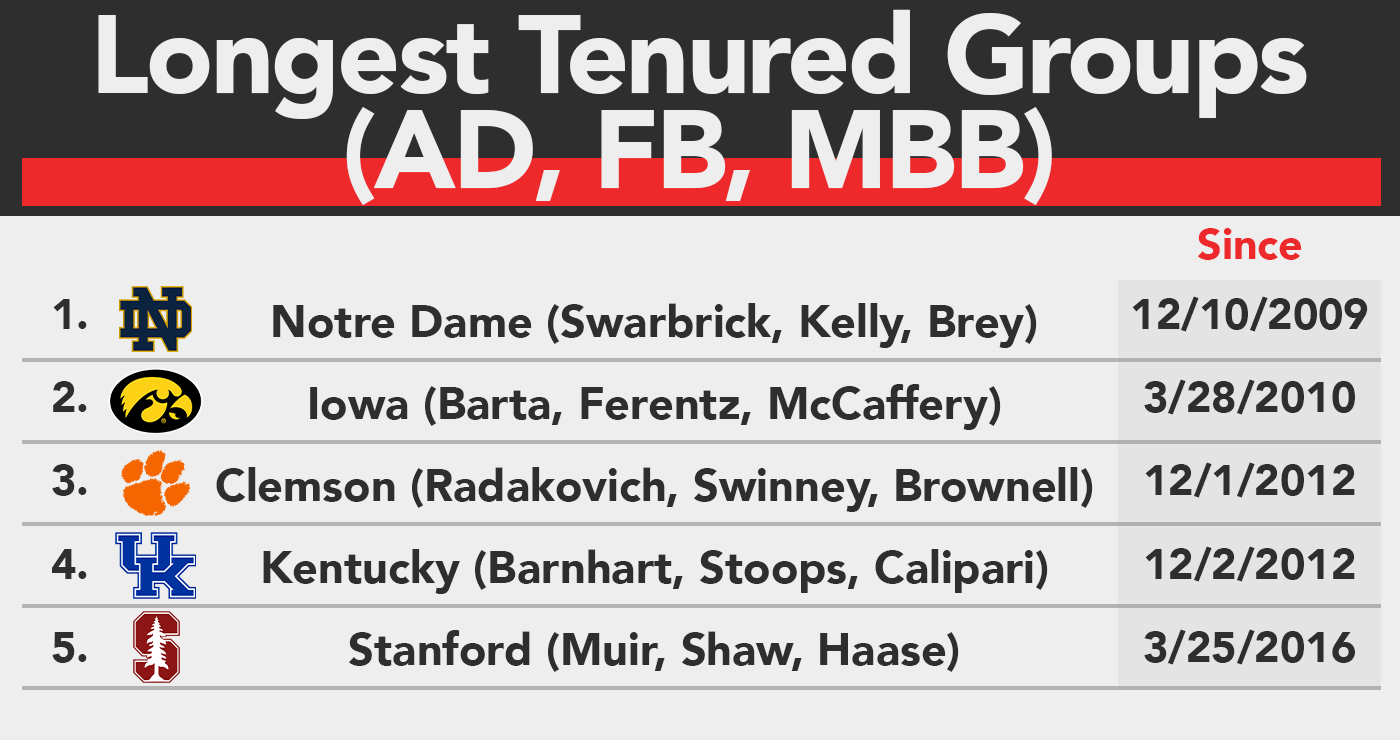 Annual fixed compensation for Power 5 ADs is approximately $1,100,000 ($1,098,000 at the time of the analysis). This figure can fluctuate on an almost daily basis as a result of succession (e.g., Derrick Gragg replacing Jim Phillips at Northwestern, Trev Alberts replacing Bill Moos at Nebraska, etc.,) and Contract renegotiations. Similarly, it’s important to point out that compensation figures for ADs at private schools are based on the schools’ Internal Revenue Service From 990 filings. When those figures were available for current ADs, in most instances such figures are based on total taxable compensation, including bonuses, received by the ADs during the 2018 calendar year. Thus, private school figures are accordingly skewed, which necessarily impacts the group’s average compensation. 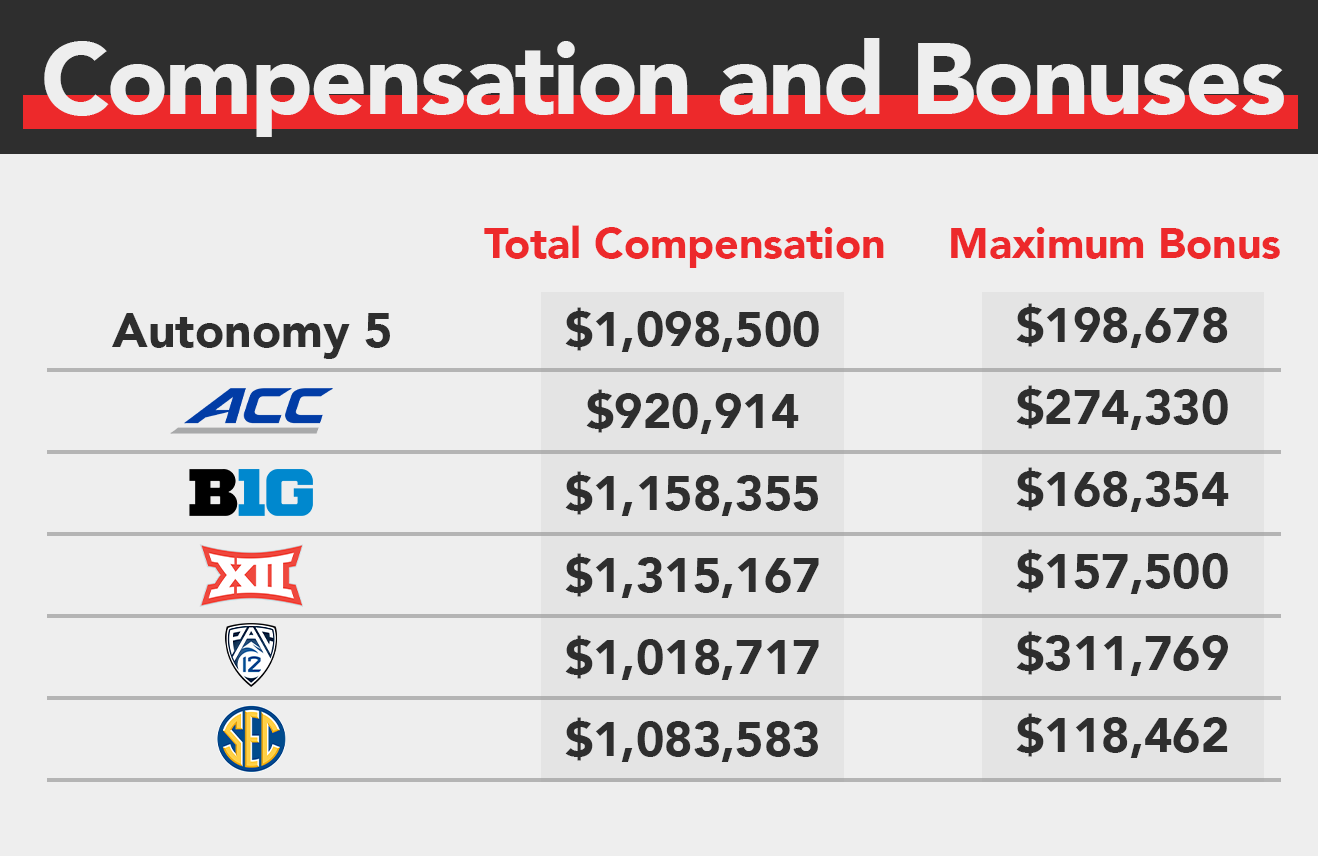 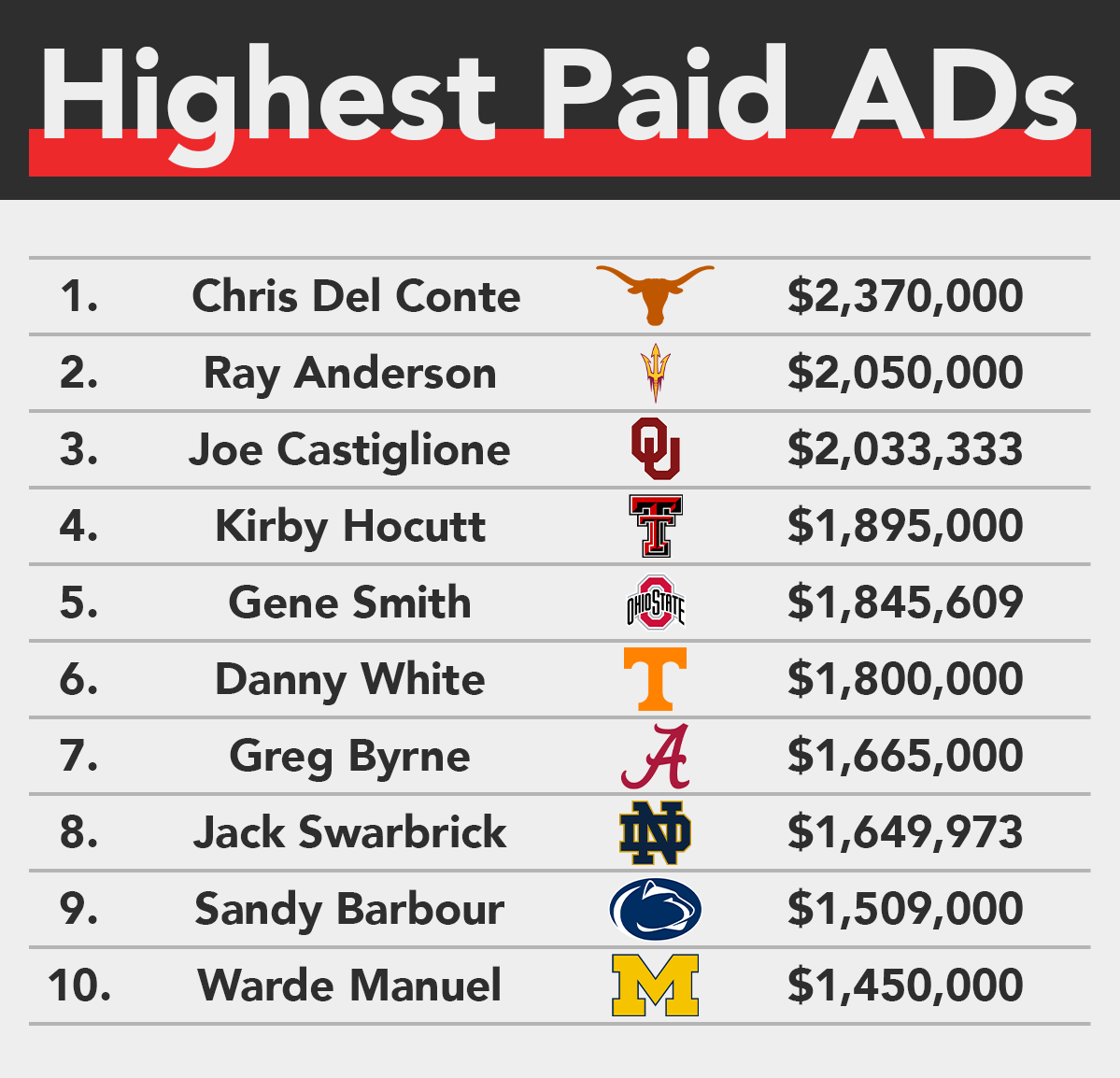